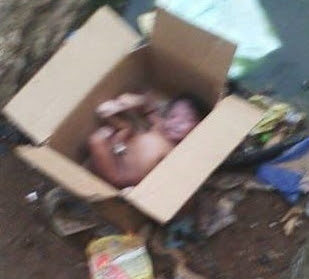 A young mother has been arrested for killing her newborn baby in Nasarawa state.

According to Police spokesperson Idrisu Kennedy, the incident happened on Monday the 14th of August 2017.

Police received distress call from residents of Kaderko in Keana LGA of the state after the discovery of a dead baby kept in a box and on getting to the scene, the mother of the dead baby was arrested.

The suspect identified as Mwuese Keleve admitted she killed her baby but refused to give reason for her wicked action.

Preliminary investigation revealed that she is sane.

She will charged to court once investigation concludes.