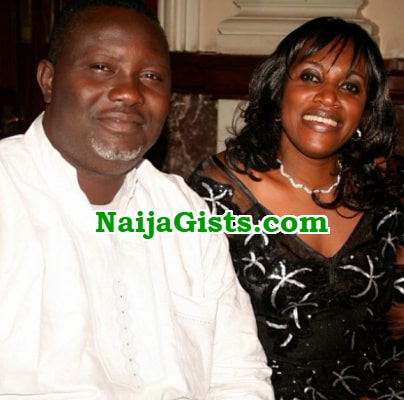 At what point did you realise you would become an actor?

I started acting at the age of 15. I was so small that I didn’t even know how to become an actor. My original plan was to become a soldier because I lived around Ijora, Lagos, where there was a military barracks. At that time, I became part of a musical dance group that was coordinated by an elderly man who gathered young boys in the area and coached them on how to act using music and dance. After a short while, we started performing at small events. Eventually, I got into secondary school and started winning laurels for my school during drama competitions. My principal asked me what I would like to become and I told him that I would love to be a soldier but he laughed and asked me to see him in his office. When I got there, he showed me all the awards I won for the school and advised me to go for theatre arts.

Did you have any formal training?

During the Lagos State Secondary School competition, one of the judges told me about his idea of starting up the Kakaki Arts Cult, a drama dance group. Then, we started holding workshops and performing in schools. I remember being part of those who opened the Nigerian Television Authority, Channel 7, now called Channel 10 at Tejuoso, Lagos, in 1981. In 1982, we performed at the Lagos Television, Channel 8, for the Nigerian independence anniversary that year. At that time, we only did stage plays. So, my dreams of being a soldier died a natural death since I was advised by my principal to explore acting. From Kakaki Arts Cult, I went on to study Theatre Arts at the University of Ibadan.

Who gave you your first opportunity in Nollywood?

I would say NTA because at the time we were working with NTA, we began the Theatre of the Week and I started directing the New Dawn Club. I don’t agree with people who say Nollywood is about 20 years old when people such as Hubert Ogunde had been shooting movies and making money for many years before the advent of home videos. I remember watching Kongi Harvest Festival in the university and I was told it was shot in 1981. Those early producers gave birth to what we see now. If they didn’t start, we wouldn’t be here today. As a matter of fact, I wasn’t paid for my first movie; I just did it for recognition. I might not be rich but I am not doing badly as an actor.

What movie brought you in the limelight?

All my movies brought me fame because I challenge myself for every role I play but I would say that Checkmate gave my name a boost. Then, the TV series, Palace increased the fame. I know people loved the roles I played in those TV series and I have lost count of the movies I have featured in.

What are some of the challenges you face in the industry?

The road has been very tough and rough but I don’t see them as challenges because that is life. Right from when I was a young boy, I see anything that comes my way as a challenge and God has been helping me.

How do you relate with your colleagues?

I relate well with everybody. The only people I get angry with are people who don’t concentrate on my set. It makes me angry because as an actor, you came to a location to work and not to have a tea party. In order to achieve our aim, there must be seriousness and concentration. If an actor is not concentrating, that really annoys me but I will never hit or slap anyone because I am angry. Those who have worked with me can testify that if you want to learn, you can work with me but the lazy ones will run away. I am a very tough director; actors have to concentrate so that we can get the best result. Some people just want to get to the top through dubious means and that doesn’t work with me. I don’t have to take you to bed before you act because I want to see you again in future and be happy with your success.

What’s the most ridiculous statement you have heard or read about yourself?

The most ridiculous statement I have read about myself was that I stood at Costain Bus Stop in Lagos eating roasted plantain and groundnut. That really surprised me. I eventually met the journalist who wrote the story and he said he saw me at the bus stop waiting for a cab but he needed to make the news juicy for readers. We both laughed over it at the end of the day.

Is there any character you would love to play but have not had the opportunity to yet?

I would love to play the character of a palm wine tapper or hawker riding a bicycle. Though I have played the role of a poor man, it wasn’t to the extent of riding a bicycle with a keg of palm wine tied round my body and wearing tattered clothes.

How do you handle your female fans?

I handle them with my soft heart. I hug and embrace them because if they were not there for me, I won’t be here now. I park my car sometimes to just walk with the intention of greeting fans. As a matter of fact, when I am driving, I don’t wind up the glass so that people can easily see when I wave back at them. Apart from those area boys that may demand money from me, I always greet my fans.

How would you describe your marital experience?

Marriage has changed nothing about me because I have always been myself. Before I got married, I was already married to my job. Then, my mother told me to get married because I was getting old. Then, it dawned on me because it was the truth.

She came to the theatre to see a movie and when I saw her, I told my friend that I liked that lady. He was surprised because it was the first time I would say a thing like that to him. After the play, I had no idea that my friend had gone ahead to speak with her and here we are now.

What qualities attracted you to her?

It was her smile. She has a charming smile that reveals the spaces in her teeth.

What is your take on marrying more than one wife?

It depends. If your religion allows it, you should go ahead but it won’t be fair if you cheat on one and take care of the other. If you can handle them, love them and take care of them equally; then, it is okay. But as for me, I can’t handle two wives because one wife is difficult (enough).

What changes would you like to see in Nollywood?

I will like a situation whereby the government will invest in Nollywood so that we will be able to create wealth for the country and create more job opportunities for people. We should not focus on (crude) oil alone because entertainment too can make money. If the United States of America is making so much money from entertainment and they are not dependent on oil, we too can do that because we have talents.

5 Businesses To Do To Become Rich In Nigeria & Africa In 2019
2018 Christmas Specials II: The Birth Of Jesus Christ And Uncontested Facts About His Earthly Life