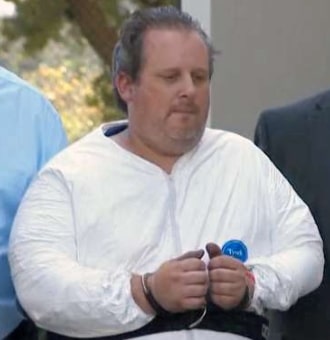 A physical therapist has confessed to killing his wife, three children and dog at home inside their gated Celebration community, in Osceola County, Florida, and then chose to live with them for weeks.

His morbid game was up today after the police got a warrant to search the property formerly owned by Disney World.

They found 44-year-old Anthony Todt, leaving with his murdered wife Megan and their children Alex, Tyler and Zoe. He has confessed to killing them, including the family dog, Breezy.

All the murdered four and the dog were reported missing from the community of 7,400 people, on the outskirts of Disney Hollywood Studios theme park last week, Daily Mail reported.

Neighbours hadn’t seen them since mid-December and relatives said they hadn’t heard from them since January 6. 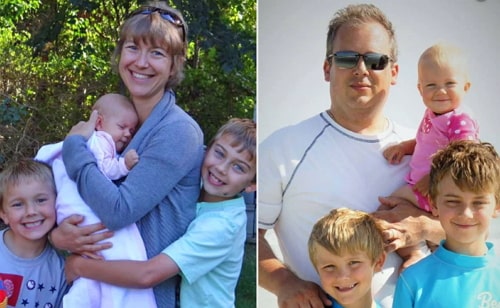 But it has emerged the physical therapist was replying to text messages from loved ones while living with their dead bodies.

The manner in which they died and where they were found in the home have not yet been made public. However they were believed to have died ‘sometime toward the end of December’.

‘I can tell you on December 29, 2019, our office received a request by a family member of Anthony Todt who resides outside of the State of Florida to check the well-being of the Todt family because she had been told they had the flu, and she had not heard from them for two days,’ Osceola County Sheriff Russ Gibson said Wednesday.

He said authorities went to the home on Reserve Place but weren’t able to contact anyone inside.

However it wasn’t a concern as Todt, who owns a practice in Connecticut was known to travel during the week and fly back to Florida every weekend.

Cops ‘did not observe anything suspicious’ during the visit.

But they returned to the physical therapist’s home on Monday – a day after a concerned neighbour called them.

They obtained a warrant to enter the property and found the family had been ‘inside the home the entire time’.

Todt was arrested at gunpoint in front of shocked neighbours.