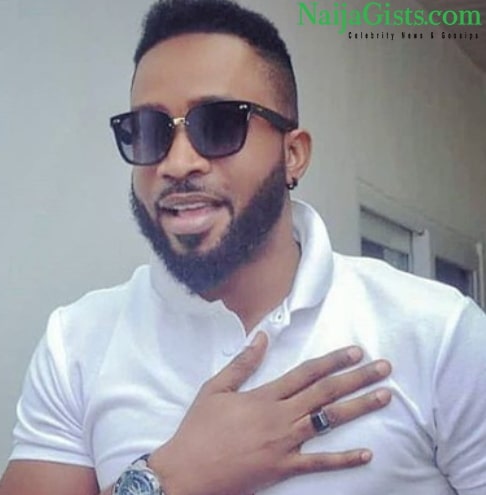 Over the last decade, there has been an impressive revolution in the Nollywood industry. From the movie productions, to the many talented acts, Nollywood has indeed made commendable progress.

New and remarkable talents are being discovered almost on a daily basis ensuring viewers don’t see the same old popular faces. This, I dare say has kept the industry more challenging and interesting.

Frederick Leonard is one of such actors who seemingly pop up out of the blues but has become quite a class act in the Nollywood industry. He appears to have effortlessly won the heart of many but he is especially popular among the females.

Who Is Frederick Leonard?

Frederick Nnaemeka Leonard is a Nollywood actor known for his great looks, remarkable diction and flawless acting. He is an actor, a film maker and CEO of Cineworx entertainment. He was born on the 1st of May and is the first of two children. He hails from Anambra State, Nigeria. St. Peter’s Anglican School Alausa, Ikeja is said to be where he completed his primary school education, after which he went on to Oregun High School, Oreogun for his secondary school education. From Kaduna Polytechnic, Frederick is said to have graduated in 2008 with a degree in Biochemistry.

His acting career started out in 2001 where he featured briefly in one scene roles of a few movies. Frederick Leonard reportedly ventured into acting at first in order acquire a bit more finance for his education. He left the acting scene soon after his debut. However, in 2008 he found his way back to the movie industry where he played the lead character in the movie Indian Doctor. At around that time, Frederick Leonard began featuring in a few series the most prominent of which was a soap titled Disclosure. The actor has gone on to star in a great number of notable movies and has produced a few too.

The Nollywood star was rumored to have married actress Kay Samuel sometime in 2016. The rumors were born as a result of some traditional wedding pictures which showed up online. It however turned out that Frederick and actress Kay Samuel never got married.

The pictures of the wedding which showed up online were taken at the set of a movie produced by Kay Samuel in which the actor played alongside the actress. These rumors have subsequently been debunked.

This actor is one of the eligible bachelors of the Nollywood industry. He is said to be quite popular amongst the ladies but none is yet to permanently capture his heart.

At the moment, Frederick currently has no child or children, at least none known to the public. It could be this class act would rather not dabble in the hassles of having a child outside of marriage. He expressed his desire to have the kind of union which his parents had. The actor sees himself as a role model to many and therefore will rather not have anything to do with baby mama drama.

Other than the fact that the actor’s father is now late, not much else is publicly known about him. Frederick Leonard’s father is said have hailed from the South Western part of Nigeria, precisely Anambra state.

This talented actor is currently still single and based on reliable records he has never been married. The actor is believed to be taking his time in taking the leap into matrimony as he wants to make the best choice to avoid regrets and divorce.

The actor is said to be looking for a woman who places great important on family values and marriage. His delay in getting married is just the actor threading cautiously to avoid his marriage joining the long list of celebrity marriages which have crashed and keep crashing almost on a monthly basis.

This actor is one of the few who has managed to stay humble and conservative. He is not taken to flaunting his houses or cars as is the common trend amongst many Nigerian celebrities.

His mother’s name is not really known but he appears to have shared a special bond with her as the actor describes her as not just his mother, but his closest friend as well. Frederick Leonard mother is also late. Reports say she died and was buried sometime in 2016. Living without his mother has not been easy, says the actor

He grew up in Lagos; there he had his primary and secondary school education. With the death of his father and the loss of his mother in 2016, the actor became an orphan, leaving just himself and his younger sister. His first movie role was in 2001 and then he temporarily quit acting until he was done with his tertiary education, where he bagged a degree in Biochemistry.

The actor has always had a passion for acting this spurred him to move into this line after graduation, rather than pursue a career path in his area of educational qualification. Frederick however, did confess to getting a degree mostly to please and pacify his mother as his focus and passion has always leaned towards acting and film making. He indeed finds joy in arts.

The kind of home he was born into encouraged Frederick Leonard to chase after his dream of acting. His parents were relatively supportive of his choice to be a part of the entertainment industry. This support was given on the condition that he would excel at it and I dare say indeed he has.

Nothing truly good ever comes easy. The pursuit of his career in the entertainment industry did not come to him easy he worked hard to attain the height he currently finds himself at. His qualification and talent was not all it took, he constantly had to struggle to get better and tremendously improve himself over time.

A large percentage of his income is said to be gotten from his various endorsement deals, royalties and sponsorships. His net worth is stated to be around $420,000 which is quite impressive. This puts him ahead of a lot of his colleagues in the industry.

He is believed to be on the reserved and conservative side when it comes to his life style. The actor revealed the he doesn’t drink, party or smoke and has very few friends. The film maker/actor seems to take his Christian faith seriously and has also managed to stay humble despite his fame. The actor is known for his incredible fashion sense and his great taste in clothes.

Frederick Leonard expressed that in his early days he did get rejected quite a bit but his passion kept him going. His perseverance and dedication to his craft is indeed paying off.

He has featured in well over 70 movies and has so far produced two. The more recent of the two is called Void released in 2019. Some notable movies featuring the actor include: Memoirs of 4, Tailor My Heart, In Every Way, Accident, Aleros Symphony, Discontent 1&2, The Reunion and a great deal of other entertaining movies.

It would seem that many actors who tend to stay away from women drama and the relationship scandals of the entertainment industry tend to be accused of being gay. Apparently actor Frederick Leonard is not an exception. Again they have been rumors which say the reason for the actor’s single relationship status is a pointer to the fact that his sexual preferences may not be straight.

Frederick has since come out to debunk the rumors of him being gay. He reportedly has nothing against the gay community, but says they should remain mindful of the laws and penalty of this act in Nigeria. Frederick Leonard clearly stated he is however not part of the gay community as he is interested in only women and loves them. However his love for women should not be taken out of context as he is not promiscuous.

The class act further went on to describe his dream woman as someone who is first of all God fearing. He is supposedly more focused on what is on the inside rather than what is on the outside. This is not to say he wants to go for someone ugly says the actor, but his ideal lady doesn’t have to be a beauty queen either. Her family and background should also be sound.

He looks for a woman who is industrious and has great intellectual ideas to offer, not just beauty. She must not only be compatible with him physically, but should also share his values of marriage and family. The future Mrs. Leonard should place as much importance on these values as he does, because the actor believes in a forever marriage and says divorce is not an option.