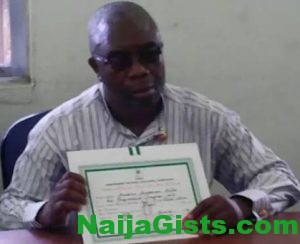 Miller who represented Opobo/Nkoro constituency at Rivers State House of Assembly from 2011 to 2015 reportedly died in the early hours of today hours after he slumped and went into coma at an undisclosed hospital in Port Harcourt where he went for checkup.

The former lawmaker who had earlier lost his wife in a fatal crash reportedly visited the hospital on Wednesday for his annual checkup.

He was said to have slumped and slipped into coma while a doctor was examining him.

A reliable source said Miller died around 7am this morning.