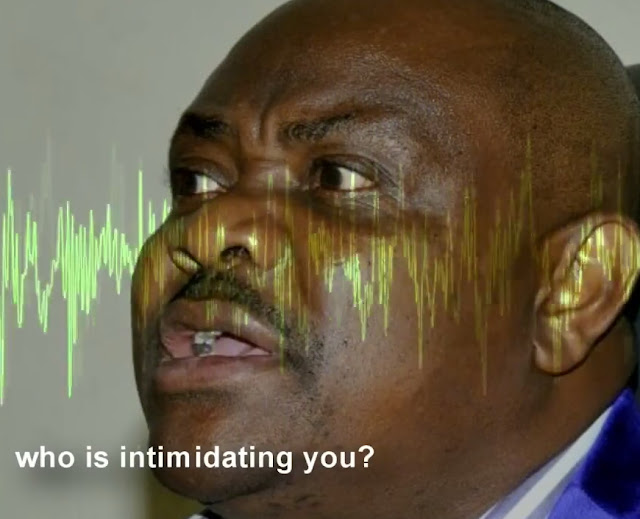 Abdullahi said the APC has always abhor any form of violence especially as it relates to elections or any other matter and asked security agents to do the needful and ensure that sponsors and perpetrators of violence, no matter how highly placed, are brought to justice.

An audio recording posted by an anonymous source revealed Wike threatening not to allow some electoral officials, especially those posted to Khana to leave the state if they failed to do what they have been paid to do.

“The leaked audio recording indicating the Rivers State Governor Nyesom Wike admitting to bribing some electoral officials and threatening to kill them if his instructions were not followed has confirmed the fears raised by the All Progressives Congress (APC) in the leadup to the recently conducted December 10, 2016 legislative re-run elections in the State.

“Going by the revelations from the leaked audio recordings, it is obvious that Governor Wike may have engaged in unwholesome conducts that might have compromised the integrity of the electoral process and undermined his office as the Chief Security Officer of a state.

“The only logical conclusion from this therefore is that the electoral victories of the Peoples Democratic Party (PDP) may have been achieved through underhand dealings and intimidation of officials.

“Recall that on December 6, 2016, the APC alerted security agencies on reports of a massive arms build-up and other sinister plots that Wike and the PDP planned to execute on the day of the legislative rerun elections in Rivers State.

“Nigerians have watched with grave concern how the process of the just concluded legislative rerun election has led to the death of ordinary citizens in the state including security officers. The statement that Governor Wike appeared to have made on record has now pointed directly at where responsibility should be placed for the violence that attended the election.

“It is also evident that the allegations by the Rivers State government and the Peoples Democratic Party (PDP) of an assassination threat on Wike and the allegation by Wike that APC Governors funded violence in the state during the election might have been deliberately contrived to cover-up the role that the Governor had played in the violence that attended the election.

“The APC condemns any form of violence as it relates to elections or any other matter. In this instance, we urge security agencies to do the needful and ensure that sponsors and perpetrators of violence, no matter how highly placed, are brought to justice.”