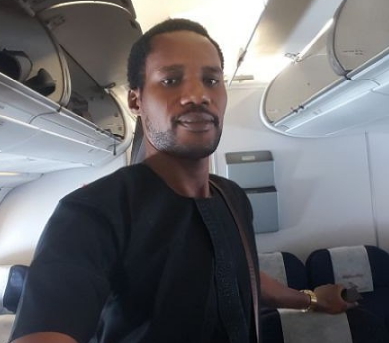 The founder of Ebony Films, Alhaji Oluwaseun Kazeem aka Seun Egbegbe has reportedly fled the shores of Nigeria to Asia weeks after he was attacked at Computer Village in Ikeja Lagos for allegedly stealing 10 iPhones.

An insider claimed that the showbiz promoter left Nigeria two weeks ago in a bid to work and cover up for all his losses while his critics alleged that he fled to escape his upcoming trial.

Egbegbe who was scheduled to appear before an Ikeja Magistrate Court on the 18th of February 2016 may not return before then as he has hired a lawyer to represent him in court, a smart ploy to delay justice in the matter.

His publicist however claimed that he went there for medical checkup.