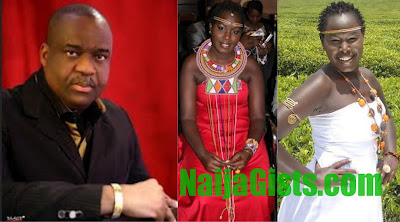 The founder of Revival Assembly church in Lagos, Apostle Anselm Madubuko is set to leave the single zone a year after the death of his wife, Mrs Connie Madubuko.

According to insiders, the man of God who has been in a secret relationship with Kenyan gospel singer, Emmy Kosgei is planning to take her to the altar as his wife.

For those who do not know her, Emmy Kosgei is a Kenya-based gospel artist who sang the popular Taunet NeLel song.

She is based in Nairobi, Kenya. Those who know her describes her as a woman with lots of passion for children.

We learnt the great apostle of our time has been spoiling her silly with expensive gifts and money.

The award-winning gospel singer is set to relocate to Nigeria after their wedding.

Connie Madubuko, the former wife of the man of God died of an apparent spiritual attack in July last year when her husband was on a gospel mission.

Though gossips said the man of God plans to marry 3 months after the death of his wife, it didn’t happen then (May be he changed his mind to avoid unnecessary controversy).

The ebony-black Gospel singer has captured the heart of Apostle Anselm Madubuko and she has agreed to marry him.

Apostle Anselm is not the only Pastor who married outside of Nigeria after the loss of his wife, Pastor Taiwo Odukoya, the co-founder of the Fountain Of Life Church married a South African woman named Rosemary Simangele Zulu after the death of his wife, late Mrs Bimbo Odukoya.

Reliable sources from Revival Assembly are saying their pastor is a happy man now.
He walks around with excitement now unlike when his wife first died. 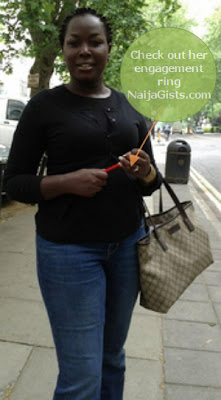 Recent photo of the bride-to-be in London during vacation last month. 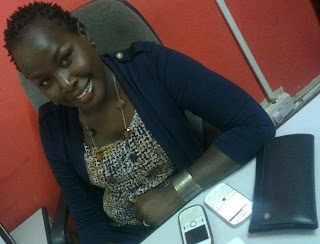 Love is indeed a beautiful thing.