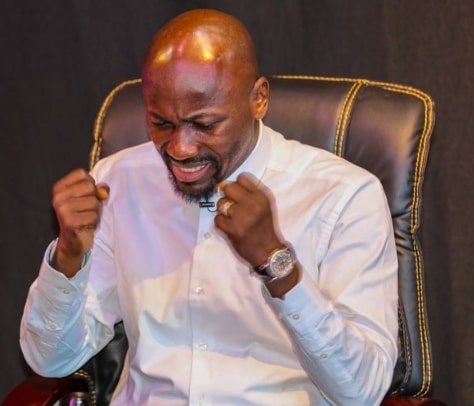 Today, Johnson Sulieman of Omega Fire Ministry and members held a Thanksgiving Service in which they gave thanks to his god for sparing his life and those of his wife and kids, all of whom were well protected within the confines of his bullet proof car, when his assailants attacked two days ago.

Perhaps, the 7 others people who didn’t have the privilege of being inside bullet proof cars and got killed, are of no consequence, including the pretty young girl, one of the house helps into who’s heart a bullet tore, because I didn’t hear much about them at the service. Quite sad!

During the Service, outside the church, over 100 armed police officers formed a perimeter wall surrounding the church, perhaps to protect him in case the gunmen returned for him.

In his message, Suleiman focused on biblical stories in which men and women who, even though God used them to do great miracles according to him, still couldn’t save themselves when the need arose. For example, Elisha, who performed 32 miracles but died of ill-health! He also talked about bible scandals, naming Mary as one of the women surrounded with the most scandal since she got pregnant before she knew a man. Then he talked about Jesus, that even the saviour of the world, despite his power, met a brutal execution reserved only for criminals, at the hands Romans! To the shallow minded, Suleiman may sound reasonable until you realise that the theology upon which his message rests, like that of most Pentecostal churches across Nigeria, has no roots.

Sadly, this is what Christianity, at least the Pentecostal brand, has been reduced to in Nigeria today! And this is because many Nigerians don’t think critically, don’t ask real questions and they don’t study!

For me, Suleiman should be talking to the police now, if for nothing, at least to help them with investigations that will give justice to the dead!

Who were the people he said he knew were behind the attack, in the video he made few hours after the incident? What happened in 2017 according to him, which he blamed for the attack? Seven people were cut down and yet all Suleiman could say is “I know them but I won’t mention their names?… I won’t kill them, I leave them for God to judge” etc ??? The same Sulieman that arrests bloggers for writing about him, the same Sulieman that lay curses on people who disagree with him? That same Suleiman is now the one petting killers and forgiving them? Haba!. 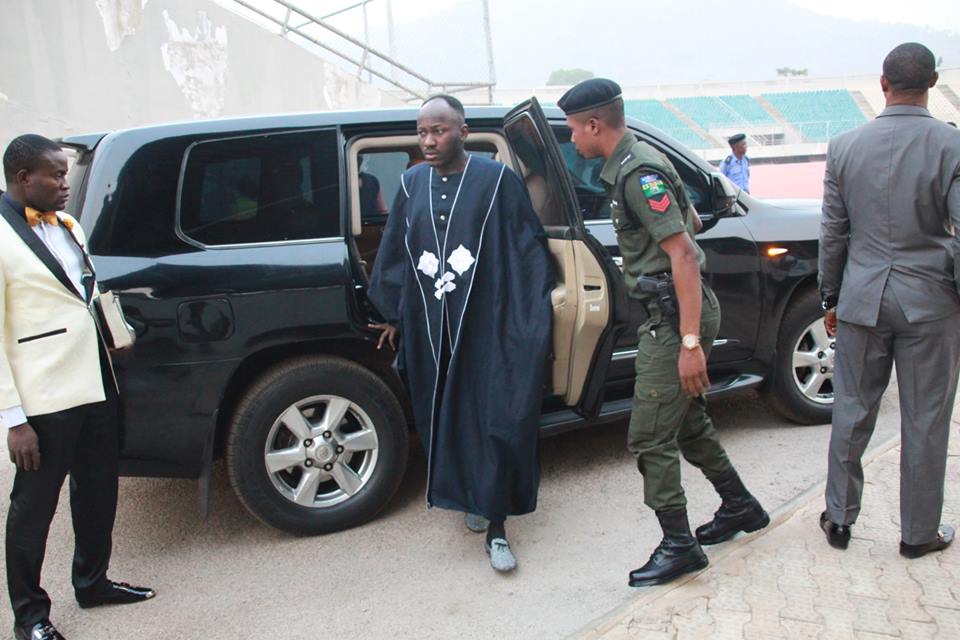 How many people know Suleiman has a pistol he may be carrying with him inside that bullet proof car when the attack happened, what does a man of God need a pistol for? Sulieman recently bought a private jet, when Nigerians asked where he got money, he called their bluff and said his god promised to give him over 5 more private jets, where is that jet today? It is parked away somewhere in Lagos at members expense, while he lives in Warake Road in Auchi, a sleepy town in Edo State. Wait, what is so urgent about Suleiman’s message that he needs a private jet to propagate? For those who say Suleiman’s money his not a product of the gullible, what job does he do outside merchandising his god, does he have patent to any invention or something?

Do you know that because of men like Sulieman who sell their god, many young men today, especially in Edo State, many of whom can’t even arrange 5 words in the English language to make a good sentence, how much more develop a proper philosophy of life, now open churches in every street, with smiling pictures of them and Sulieman in large signboards, teaching our people garbage while at the same time fleecing them of their hard earned money?

Knowing that he can’t continue to have the police dispatch armed officers to protect his church services endlessly, I am very certain he may be making plans to relocate his church from Auchi, that’s how things stand as we speak.

Take a look at the entire Christian body in Nigeria today, check out the likes of Bishop Hassan Kukah of the Holy Catholic Church and many like him in Anglican, Methodist, who among the Orthodox clergy, not minding how big and impactful their lives are, go around with bullet proof cars and private jets? But take a look at the David Ibihiomes, Bishop Oyedepos, Pastor Adeboyes etc of this world, and judge for yourself!

When Jesus Christ said “Then I will tell them plainly, ‘I never knew you. Away from me, you evildoers!’” at Matthew 7:23, who did you think he was referring to?

Albert Afeso Akanbi is a writer, filmmaker and humanitarian.
He writes from Abuja, the FCT, Nigeria.!