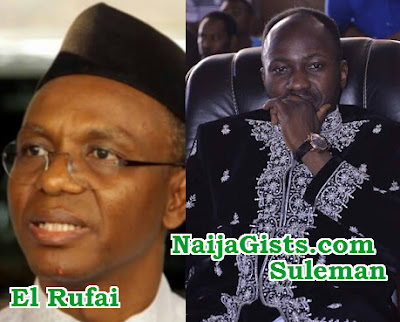 Suleiman recently rained curses on El Rufai. He said he will die if the bill wasn’t revoked.

El Rufai had responded by saying that if indeed the Apostle was truly a man of God, he should mention the date he would die.

Apostle Suleiman has now replied him. In a video, the apostle is seen saying El Rufai is dead already and that he should instead ask for the date of his burial, not death, adding that he doesn’t give dates for death but only dates for burial

Watch the short clip below