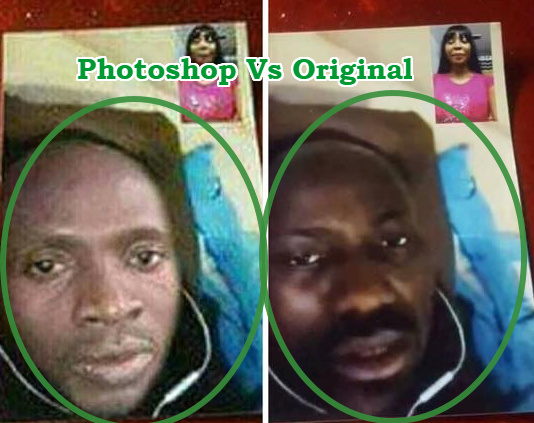 The wife of controversial Prophet Johnson Suleman has come out to defend her husband in the face of a damaging sex scandal story involving him and a lady based in Canada, Stephanie Otobo.

In a video released few hours ago, Lizzy said the man in the leaked webcam image was not her husband while claiming that the face of her husband was photoshopped. 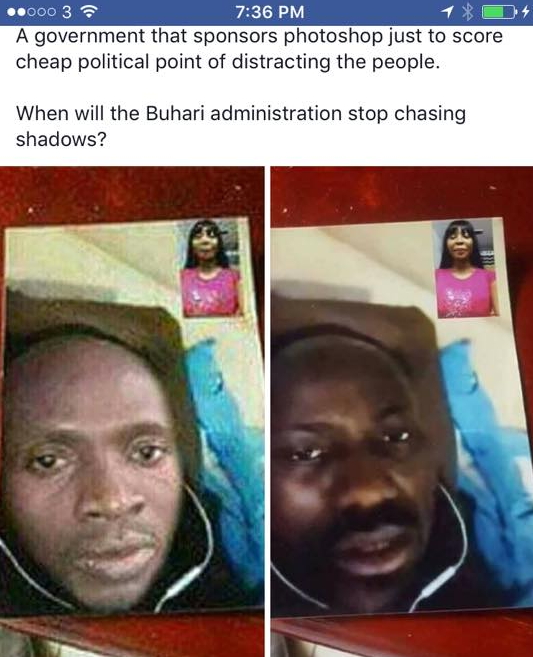 To cut the long story short, Nigerians are not buying the story.

It is widely believed that Apostle Johnson Suleman image is even more real than the man on the left.

A critic alleged that Johnson Suleman hired a Photoshop expert to create the badly doctored image on the left so as to cover up the viral sex scandal. 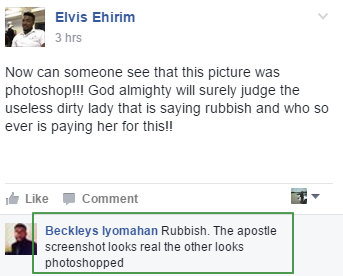 Here is a video Lizzy Suleman released to defend her husband.

Papa The Oracle should hire a more competent graphic expert to do a better job or better come straight to Nigerians because whatever is hidden before men is never hidden before the all seen eyes of the Almighty God.