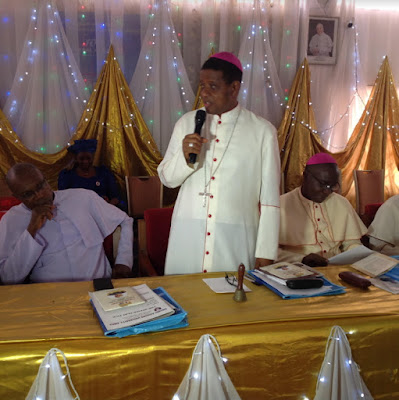 The Archbishop who was represented by Rev.Fr. (Prof) Obi Oguejiofor gave eloquent testimonies on the positive contributions of the late Archbishop Heerey spiritually and materially in the lives of the people in the South East Region especially in the area of education.

According to the Archbishop, if any group of labourers in the Lords vineyard deserves to be so honored in this part of our country, Archbishop Charles Heerey belongs to that group.

He praised the Immaculate Heart of Mary Sisters Congregation for choosing to concentrate on Missionary Strategies in its 2nd Archbishop Heerey Symposium and urged them to always strive to become effective agents of evangelisation.

In his contribution,the catholic Bishop of Nsukka Diocese, Most Rev. Godfrey Onah frowned at the continued erosion of moral values and etiquette in the lives of Christians.

Most Rev Onah observed that Christianity has taken a sharp turn in the wrong direction towards materialism.

In his contribution, the Bishop of Orlu Diocese,Most Rev Augustine Ukwuoma commended the Sisters Immaculate Heart of Mary for Organising the symposium adding that the late Archbishop Heerey truly deserved the honour bestowed on him. 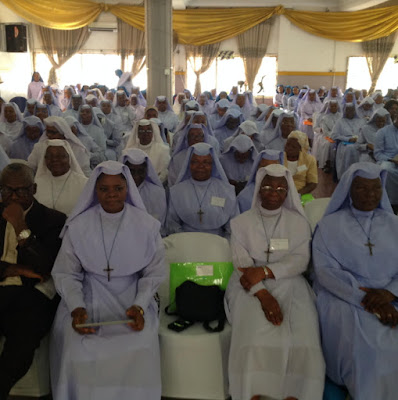 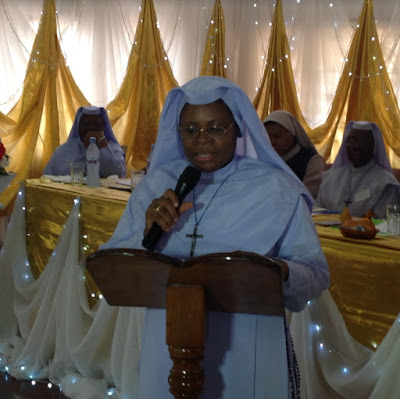 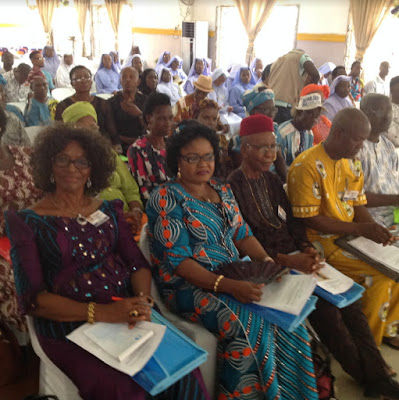 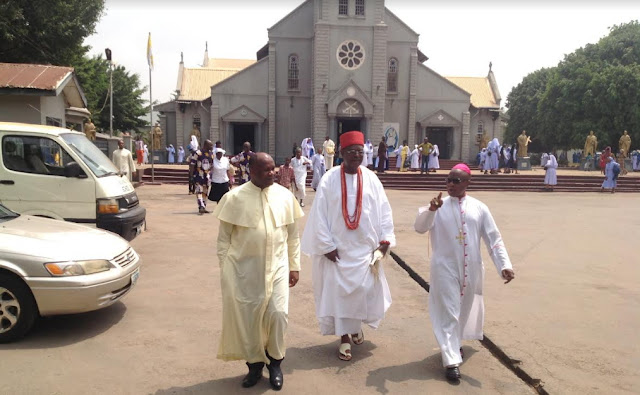 PICTURED ABOVE IS ONITSHA  MONARCH  IGWE  ALFRED  ACHEBE, ARCHBISHOP VALERIAN OKEKE AND CHANCELLOR  OF ONITSHA  ARCHDIOCESE, REV FR.EMEKA  AROH WALKING TO THE ARCHBISHOPS COURT AFTER A MASS ENDING THE 2nd SYMPOSIUM AND 50 YEARS DEATH ANNIVERSARY OF THE FIRST METROPOLITAN ARCHBISHOP OF ONITSHA,MOST REV CHARLES HEEREY AT THE BASILICA OF THE MOST HOLY TRINITY,ONITSHA, TODAY. 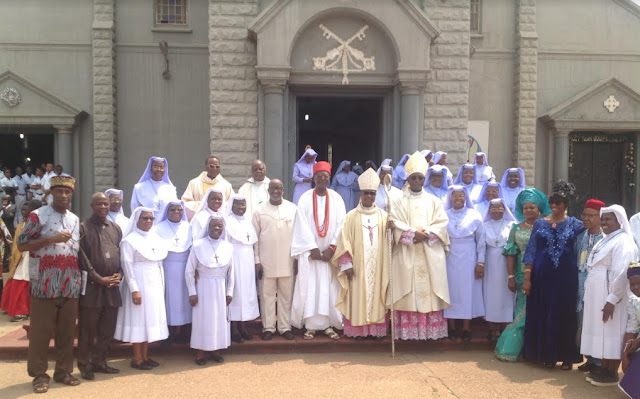 THE SECOND PICTURE SHOWS SISTERS OF THE IMMACULATE HEART OF MARY LED BY THEIR SUPERIOR GENERAL,REV MOTHER MARY CLAUDE OGUH,POSING WITH THE ARCHBISHOP AND SOME DIGNITARIES AFTER THE MASS.

Continue Reading
You may also like...
Related Topics:Archbishop Charles Heerey

Nigerian Army Jails, Demotes Soldiers Who Attacked Disabled Chijioke Uraku In Onitsha
Who Is Yvonne Nelson Getting Married To This Year?