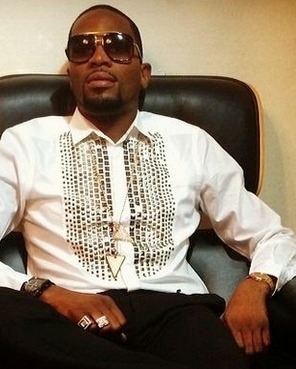 Kokomaster D’banj got more than what he bargained for over the weekend in Apapa Lagos.

On Saturday the 12th of September 2015, the singer stormed Tin Can Island Port for a video shoot but as he was about to start shooting, about 50 area boys overpowered him and demanded for settlement fee.

While he was still trying to calm them down, they deflated his tyres. He later escorted them to an ATM where he withdrew an undisclosed amount of money to settle them. 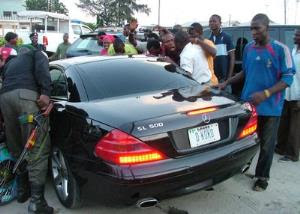 However, the area boys refused to disperse and stripped him of his wristwatch and other jewellery including his shoes. They only shifted ground after police men came to his rescue.