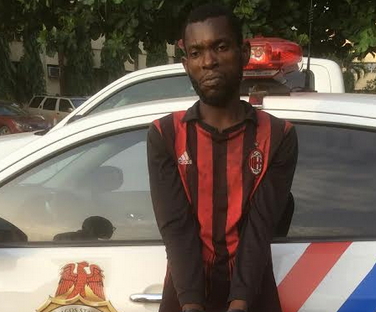 RRS operatives posted to Oshodi Oke in the early hour of Friday foiled an UBER taxi hijack by three armed robbers with the arrest of one suspect.

The suspect, Emmanuel John Ugbomah, 37, from Ndukwa, Delta State, was arrested in Oshodi Oke at 12:30 a.m while trying to escape after a botched attempt to hijack an uber taxi, a black Toyota Corrolla, 2009 model belonging to one Adebisi at Oshodi – Oke, Lagos.

The suspect, in company of two other accomplices had boarded Adebisi’s uber taxi in Lekki.

According to Adebisi, “two of them came down from the vehicle and some minutes later they were back saying that the female friend was not going to join them and that he should keep driving to Oshodi – Oke.

When I was about to climb the Oshodi – Oke Bridge, one of them grabbed me from the back seat, another closed my mouth with his hand. 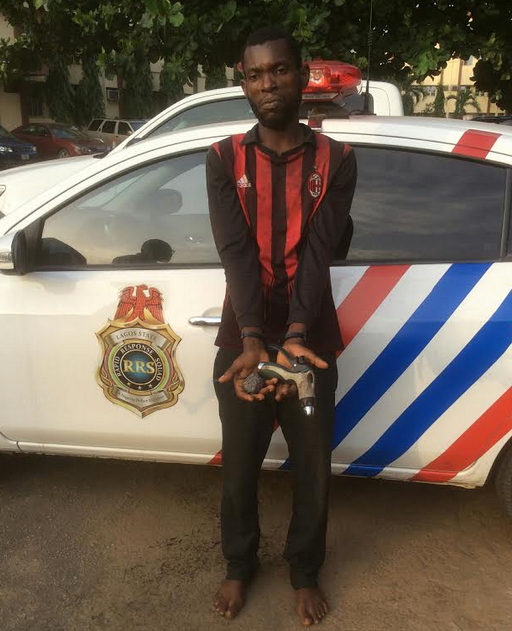 A gun-like object was pointed at my head and they were shouting that I should come down and come to the back seat”, he said.

He continued, “immediately I unbuckled the seat belt and opened the door, I saw some RRS policemen at the front. I screamed robbers! robbers! and ran towards them.

They immediately swung to action after I explained to them that my car was about to be stolen. They ran towards the direction of my car. They apprehended one but two escaped.”

The victim claimed his Tecno C8 phone and a sum of eighty thousand naira were missing by the time he was composed.

He identified Ugbomah as one of the suspect.

The suspect claimed he was an automobile mechanics and was on his way from Lekki to Oshodi after he had gone to fix a broken down vehicle for a customer when he was apprehended by the police at some minutes past midnight.

Recovered from him at the point of arrest were charms, master key and a pistol shaped device.

Sources disclosed that preliminary investigations revealed that Ugbomah was not at his workshop at Marwa in Lekki as he told police in his statement.

The source added that further investigations indicated that he has not been to his workshop since mid – March, 2017.

The suspect has been transferred to Special Anti Robbery Squad, Ikeja for further investigations.