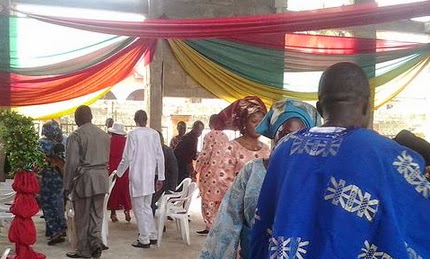 Ogun State Anti-Robbery Policemen have nabbed a robbery suspect who identified himself as Shehu Somoye for allegedly leading a gang of robbers to attack a Foursquare gospel church in Ibara Housing Estate, Abeokuta.

The robbers carted away N6 million from the church after dispossessing congregants of valuables and cash.

The gang led by Somoye had carried out a robbery operation in the aforementioned church but following a distress call, police surrounded the church and rained bullets on the robbers.

During the gun battle, police bullets hit Somoye in the leg, while a police Bareta pistol was recovered from him.

“So­moye, a former aide to Dimeji Bankole was hit by police bul­lets and a police pistol was recovered from him and we have been trying to ascertain the source of the pistol.” – said Ogun State Police PRO, Muyiwa Adejobi.