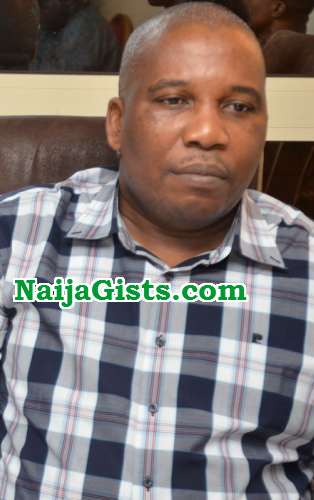 I came to work on Monday morning. Mondays are very busy days. I had no premonition of what lay ahead. I left the office past 7pm. My usual route home is that same Iponri but on this day, we encountered traffic gridlock. The next thing was that I saw a young man, scruffy looking, who banged on the window. ‘Open. Wind down, wind down.’ I was going to do that. But he didn’t even give me the chance to do that. The next thing was as if it was a movie; he smashed the glass on the side where I was seated. Another gang member smashed the other side.

Almost immediately, they put their hands inside the car. I saw some of them by the driver’s side. I saw some of them by my side; rummaging through the car.
“In my confused state, I said ‘look, whatever you want, I am going to give you’. But they were not waiting for me to give them! They probably thought they could help themselves. They carried my bag, in which I had everything; cash and other valuables. Everything I had was in there. I had some money with me, they took the money. One of them said, ‘telephone, telephone’ and promptly took the three GSM lines on me.

“In the traffic jam, people were just too stunned to do anything. They just sat behind the steering wheels and watched; too numb to react. There were also passers-by, who went on as if nothing was happening. But, to my mind, I felt they knew that a robbery was going on. Maybe, they have become so used to such scenes that they have becomes shocked to a state where they no longer are shocked.
“So, within that split second, I just thought to myself that when something happens to you, everybody is for himself and God is for us all.

After they took all what they wanted to take, they simply melted into the night. And my driver later said he saw them bearing arms. In that state, it wasn’t clear if it was arms they used to smash the glasses of my vehicle. All I knew was that I saw smithereens of glasses here and there and that, they rummaged the car. And I was in a state of confusion. It is a very shocking, harrowing and horrifying experience.
“As soon as I could find my way out of the traffic gridlock, I went straight to Iponri Police station. The DPO and DCO quickly made calls, rallied round and mobilised their men and put me in a patrol van to go there.

And we went there. I heard one of them say the scene of the crime was under Ijora division. But the Iponri station where I went to lodge my complaint did their best.
“It was a very harrowing and horrifying experience. It shows how bad security is in the country. Of course, the police are trying their best but crime keeps going up in a mega city like Lagos. In a mega city, it is mega crime; mega trouble.”

Osagie, surrounded by friends and colleagues in his office, who came to sympathise with him on the harrowing experience, expressed gratitude to God for leaving the robbery scene alive.

“I am grateful to almighty God to be alive. I was rattled. I was traumatised because it was harrowing and anything could have happened. The experience was harrowing indeed and anything would have happened because we live in a dysfunctional society. I was told that I didn’t need to take the route I took because it was a ‘dark spot’ and my immediate response was that if it was a ‘dark spot’, why can’t it be lighted up and, then, crack down on the criminals to make it a safer and better place? If you know the problem, then you should be looking for the solution!

“I am using this opportunity to call on the Divisional Police Officer (DPO) of that area to improve security in that axis. I also want the Commissioner of Police, Fatai Owoseni, a hardworking gentleman whom I know is doing his best to ensure peace, to focus on the dark spots in Lagos. I know it is difficult to police such a metropolitan city like Lagos, but then, Nigerians deserve protection. I would have been dead, but God saved my life, because it was only one shot that was needed to take my life. I am happy to be alive.

“I call on the Lagos State governor, Akinwunmi Ambode to create an enabling environment for the Police to function effectively. I am sure that if we had policemen in that area, this incidence would not have happened. On that day, so many people were robbed and I want citizens to always be concerned about what happens to other citizens. It was my turn today and it could be the turn of another tomorrow.

“Unemployment is on the rise and people are losing their jobs every day. We do not have social security, so people find alternative means to survive, and as it is, we are sitting on a keg of gun powder. But, even if the government provides everything, it behoves on all citizens to be security conscious. We hope that Nigeria would be such a place that crime would be reduced. So Ambode needs to work harder to create an enabling environment…”

Armed Robbers Shot Nigerian Policeman’s Private Part, Gbenga Samuel In Coma
Tenant Stabbed By Landlord Over A Girl In Benin City Left In Coma After Police Complained Of No Fuel