Popular Nollywood actor and the son of veteran actor Pete Edochie, Yul is currently receiving treatment at an undisclosed medical facility in Lagos following an armed robbery attack in Enugu.

According to the actor, on Friday, he was relaxing in his hotel when the armed bandit came in.

He however escaped with injuries.

This is what the actor said about the attack:

I was attacked by armed robbers on Friday night in Enugu while I was relaxing in my hotel premises after the day’s shoot’. He however escaped but injured himself in the process.

‘Luckily I escaped but unfortunately I crashed into a glass door as I was running for dear life and sustained this cut on my ear and a few bruises. Not a funny experience at all. I’m back to Lagos to run a full scan to be sure all is well inside. I thank God for His protection’….

See photo of Yul Edochie after the attack below 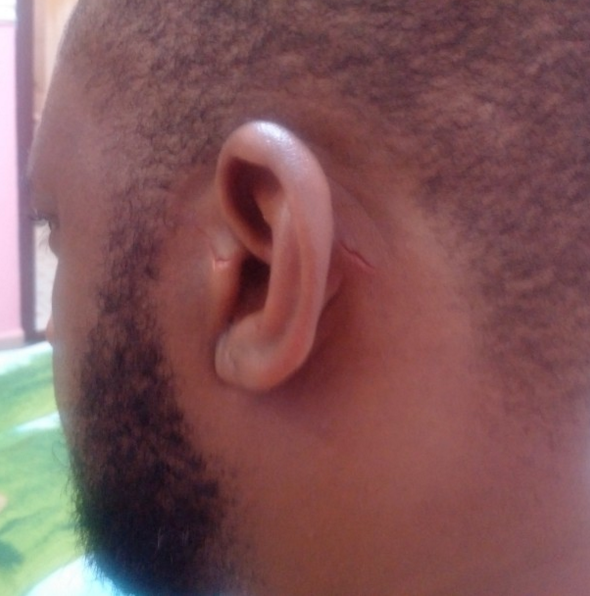