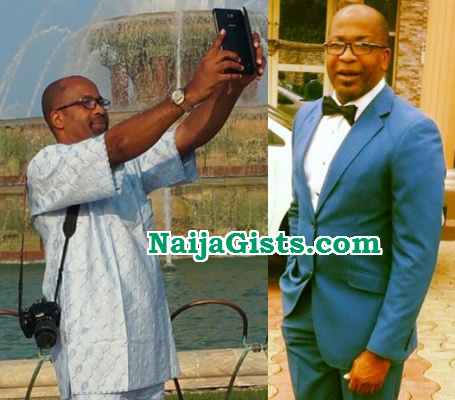 The whole world know that in the last seven years I have minded the frequency at which I work with the Yoruba movie practitioners, I have my reasons, I discovered that a lot was going wrong in the area of image for practitioners in that sectors, I have always screamed to high heaven and even my colleagues don’t find that interesting.

They have blacklisted me. I just wanted the world to know that I am not solely about Yoruba movie; I am a professionally trained dramatist from the University of Lagos. I did not join any group under any boss as an apprentice. I went to the university and I bagged a degree and I did not study that course in Yoruba language, so I had always got embarrassed when producers walk up to me and ask can you act in English films? I always get speechless and it will only take efforts of a colleague who had known me for years; it happened recently at Maryland, Planet One; one funny producer walked up to me and asked if I could act in an English movie. It is not in my position to explain to him whoever it is I am.

I believe whoever wants to know me more should go online and read about me or ask other people because I don’t join bad wagons, I don’t move around with my colleagues, I don’t need it. I let my work speaks for me; I don’t attend all ceremonies like others do, run around politicians and bond around them like a housefly.

All I want for myself is good act, go home and relax. People walk up to me and say, Yemi, you don’t act anymore and I say to them if you are my fan, then you will see me in most soap operas. You don’t expect me to stay glued to Yoruba sector.

There are too many splinter groups within the fold and the Actors Guild of Nigeria (AGN) is just one of them. It would interest you to know that AGN does not have that kind of geographical spread.
If you look at the structure, you will notice that the AGN is populated by a sect of artistes. First of all, I’m a Nigerian before I’m a Yoruba man, and I am an artiste of international repute. I ply my trade all over the world. You journalists have tagged us; you call some of us ‘Yoruba actors’ and call some ‘English actors’.
I say it back to you now, that I have not seen any English artistes among us all.

It’s either you’re a Yoruba actor, or you’re an Igbo actor, or a Warri actor; RMD is a Warri actor. When you tell me he’s an English artiste, then I have a problem with the media. He went to a university and studied the same course as I did. He was in UNIBEN while I was in OAU.

We’re both graduates of the same profession, and I did not learn Dramatic Arts in Ife under Wole Soyinka in Yoruba language. But, I’m a Yoruba man; RMD is an Itsekiri man, so he’s an Itsekiri actor. Omotola Jalade is an Ondo actor because she’s from Ondo State; she’s a Yoruba actor.

Olu Jacobs is from Abeokuta like I am, and he’s also a Yoruba actor. I don’t know the journalistic education where that definition of actors is coming from. I am an advocate of that re-orientation of the nomenclature you give to us. We’re all Nigerian artists.

Some of us ply our trade in indigenous languages – Ibo, Efik, Yoruba, Hausa, and we still do it in the official language, which is English. So, I’m not going to subscribe to that school of thought that calls me a Yoruba actor and calls Olu Jacobs an English artiste.

I think there’s something fundamentally faulty in the journalistic realm, and that needs to be checked (laughs). You’ll get to understand this better when you even tune into your cable TV and you’ll see different channels offering movies in different languages.

I have never been too happy or favourably disposed to the happenings in the AGN. I am a dormant member of the Guild, and I was trained not to be tribalistic. I’ve played different roles in my life as an actor for close to four decades. I’ve played the role of an Igbo man and a Benin man successfully, and so convincingly that even the owners of the culture and languages were impressed.

I’ve played a Ghanaian in a movie too and it was well loved by Ghanaians. An actor is not supposed to be confined to any religious, ethnic or cultural norms or domain. But since the advent of Nollywood, the practitioners decided to classify themselves and now we have so many associations; there’s TAMPAN, ANTP, AGN and others. Given all of this though, AGN is just a Guild; it’s not a mother-body.

It’s just a collection of specialists in the field of movie making, and not a body of general practitioners. So, it’s just an arm of the body. We have bodies that cover the entire hemisphere. TAMPAN, for instance, covers everything. You can find actors, producers, writers, directors, technicians, costumiers, and make-up artists, all in one body. Whether AGN is of Nigeria, I don’t know because it does not cover everywhere.