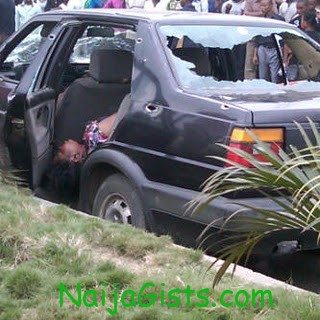 Without an element of doubt, the city of Port Harcourt is slowly becoming a danger zone as Armed robbery incidents are becoming more frequently and deadly.

Before the end of their deadly operation, 7 people lost their lives in cold-blood. naijagists.com

According to eye witness account, it was a shooting spree. The heartless robbers shot at anyone they saw on the way.

Tell me who is save in Nigeria? God have mercy on us in this nation oooooooo.