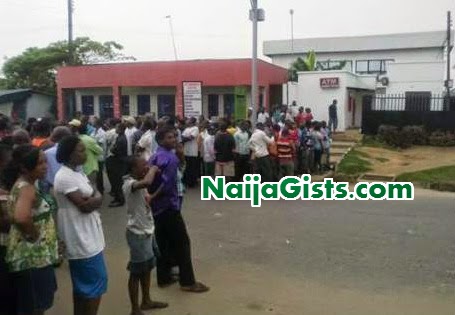 The attack we learnt claimed one life as the robbers reportedly carted away an undisclosed amount of money.

According to eyewitnesses, a corpse was spotted at the back of one of the police vans that responded to the distress call made by the bank management.

Ekiti State Police Commissioner Taiwo Lakanu told reporters the that robbers stormed the bank around 2am on Wednesday. He said one of the suspects had been arrested and making useful confessions that could lead to the arrest of the others.

UBA bank customers who spoke to journalists at the bank lamented incessant attacks on banks in Ekiti state. They are calling on Governor Ayo Fayose to address the terrible security situation in the state without delay.