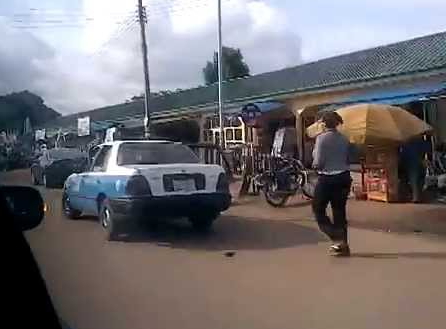 Some gunmen on Tuesday night, kidnapped the middle-aged wife of a businessman, Mrs. Christie Orakeme, at her home in Asaba, Delta State.

Sources told NAN yesterday in Asaba Orakeme was abducted in her car about 10:25 p.m. while waiting for her son to open the gate.

A son of the victim, Junior, narrated how the hoodlums shot into the air as they drove off.

He said: “My mother went out about 9 p.m. to attend to urgent matters at the church. She returned and was waiting at the gate when armed men attacked her.

“They forced her out of her car and bundled her into their car, a Mercedes Benz, and zoomed off. I pursued them on foot, and shouted for help, but no one came out.”

The victim’s husband, Mr. Osita Orakeme, who arrived from his base in Oghara, near Warri, confirmed the abductors called him twice, and have reduced their ransom to N25 million.

“They have called me twice. In fact, they called to say I should give them N25 million, but I told them I don’t have such amount of money, and they hung up the phone,” he said.