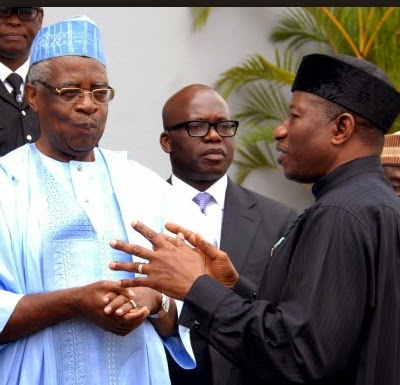 Few days ago, ex-Niger Delta Militant leader Asari Dokubo and his freedom fighters threaten to cause war if Nigerians do not re-elect President Jonathan in the upcoming Feb 14 elections.

The threats forced ex-defence minister, Theophilous Y Danjuma to call for the arrest of the Niger Delta Militants threatening Nigeria.

Today, the militants demanded an official apology from Danjuma. They ordered him to apologise within seven days or face their wrath.

Here is their official press statement:

“As much as he has the right to free speech, Gen. Danjuma ought to know that the oil money he is enjoying today, through his ownership of oil blocs, came from our sacrifices and blood. We staked our life to fight for the development of our country. We fought for freedom for our land and it pains us that people like Danjuma who have reaped bountifully from the Niger Delta, can wake up to insult our sensibilities.

“For General Danjuma to call for the arrest of Asari Dokubo, then he has walked on the tail of the serpent. The much we know is that we the ex-militants who decided to drop our guns to join forces with the federal government to develop the country, especially the Niger Delta have never said anything or taken any action that would warrant such explosives from Danjuma. “

“We are therefore giving him seven days from today to retract the statements he made to the media on the arrest of Asari Dokubo. We see his call as a declaration of war with the former fighters and we will like to tell him that we are ready to face him, having declared himself our enemy.”

“We are well aware that he own oil blocs in the Niger Delta. He cannot be eating from our farm and at the same time calling us stupid and wishing that we should be arrested while he continues to harvest from our farm. Danjuma should apologise to all the former fighters or we will assume that he has no regrets for his utterances.

“They may be in the majority but we have a minority oil and that is what is feeding this country. If they want to push a minority man out of Aso Rock by force, they should start thinking of where they will get money to keep their man in Aso Rock because our oil money will no more be there for them to share. Danjuma must retract the statement within 7 days and apologise to us.”

Critics are now blaming President Jonathan for associating freely with Niger Delta thugs and for his lack of timely disapproval of their bloodshed threats on Nigerians.

Nigeria Not Working Under Jonathan:Documentary Video Of Disasters That Happened During GEJ Regime
How I Survived Boko Haram, Armed Robbery Attack On Okene Auchi Road In Kogi State