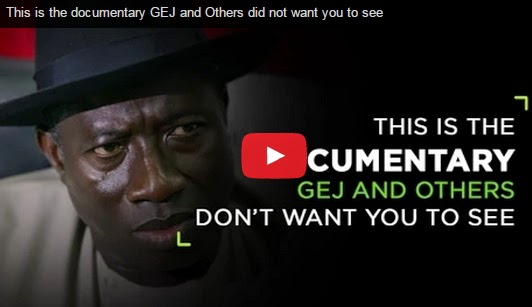 Jan 30, 2015 – Nigeria Is Not Working Under Jonathan: Documentary Video Of Disasters That Happened During GEJ Regime

This is a documentary video of disasters that happened to this beautiful country under the administration of President Goodluck Ebele Jonathan.

The video you are about to see itemizes his unfilled promises and how he conflicted himself on many issues including power problem, insurgency and so on.

It is definitely a video Jonathan will not want any Nigerian to see because it exposes many issues we are battling in this country being carpeted by the Federal Government of Nigeria.

Continue Reading
You may also like...
Related Topics:documentary, jonathan, nigeria, not working, video