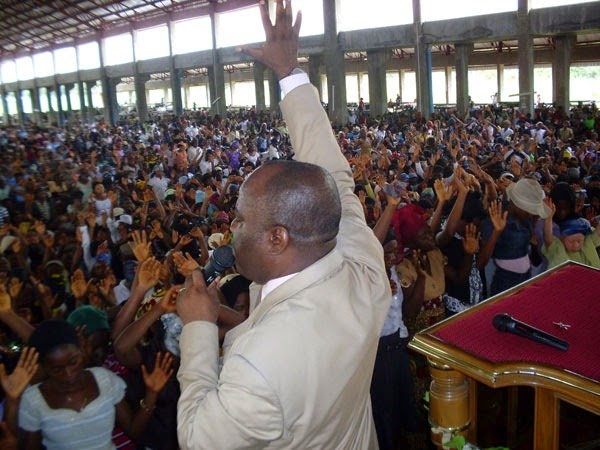 Suspected thugs on Wednesday stormed As­semblies of God Church headquarters in Enugu where they at­tacked Rev. Elisha Any­anwu, Rev. Gideon Adol­phous and members of the church.

A Toyota sport utility vehi­cle (SUV) belonging to one of the pastors was also set ablaze by the hoodlums.

The thugs, it was alleged, were hired by a sacked senior member of the church, to stop the church members from or­ganizing their prayer meeting at the church secretariat and prevent members to enter the church premises. The thugs allegedly made away with valuable items.

The New General Super­intendent of the church, Rev. Chidi Okoroafor, while brief­ing journalists at the Evangel camp at Okpoto in Ebonyi State condemned the action and urged the security agents to investigate the matter and brings to book any person in­volved in the attack.

His words: “Our general secretary, who has served the church for 24 years, Rev. John Okoni, will retire next tomor­row and preparatory to that retirement and as we close up the year, the leadership of Assemblies of God Church decided to organise an end of year prayer programme in our Enugu secretariat of the church today. We also wrote and obtained police permis­sion to hold the programme.

“But while preparing to go for the programme, we were surprised to hear that some thugs and strange men way­laid some of the church mem­bers who were coming for the prayer programme, tagged: “Zero Hour Intervention.

“As a matter of fact, a pastor who was coming for the programme, Rev. Eli­sha Anyanwu, was stopped near the secretariat and they started beating him with rods and then set his vehicle ablaze. Many others were also stopped from going into the secretariats. This is very strange in Christianity. The same people who did this car­ried placards to government house to tell the governor that we should be prevented from coming to pray at the secre­tariat..

“This is strange to Christi­anity because no sane person will attack people who are going to pray for any reason whatsoever. Somebody is re­belling against the leadership of the church. Every church has a constitution and if you cannot abide by that constitu­tion and rules you can leave that church and do what­ever you wish outside the church.”

One of the victims Rev. Anyanwu while narrating his ordeal in the hands of the thugs said it was God that saved him from the thugs.

“They accosted me in the front of the church’s secre­tariat and brought me down from my Toyota jeep and started beating me, using iron to hit me on my hands and legs after which they set my car ablaze,” he stated in pains.