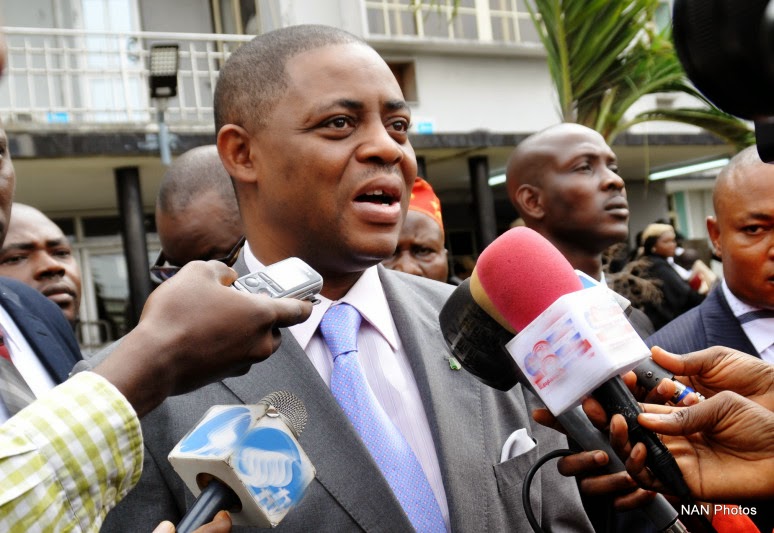 April 3rd, 2015 – At Last Femi Fani Kayode FFK Praises Buhari, Says He Was Paid To Attack Him During Campaign

Fani Kayode has buried every element of shame in him and has congratulated the President elect General Muhammadu Buhari for his victory in the March 28 Presidential election.

While chatting with journalists yesterday, the former APC member who defected to PDP said his attack on Buhari throughout the course of the campaign was not personal but he was only doing what he was paid to do.

“There was absolutely nothing personal as regards this Directorate or myself. I had nothing personal against anybody. I was simply doing my job for which I have no regrets and I wish them well and I sincerely hope that they will take Nigeria to a level that we can all be proud of”.- the ex-Aviation minister said

“We start by saying that we commend and we congratulate General Muhammadu Buhari for winning this election. We also wish to commend our President, President Goodluck Jonathan, for having the courage to concede that he has lost the election at the earliest moment and also for being able to stand up and rise above party politics and being able to speak like a statesman”.

Continue Reading
You may also like...
Related Topics:Buhari, fani kayode