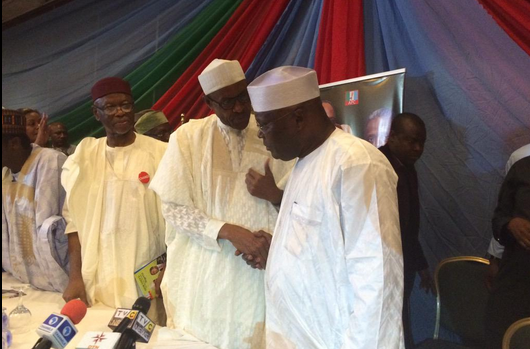 Since he lost APC primaries to Buhari, former Vice President Atiku Abubakar has become a suspect in his own party.

The suspicion became intense when Sahara Reporter exposed his secret overnight meeting with President Jonathan and key PDP members at his home.

He allegedly lied to APC party and the media that Jonathan came to his house while he was sleeping.

We learnt Atiku is planning to throw his support behind Jonathan.