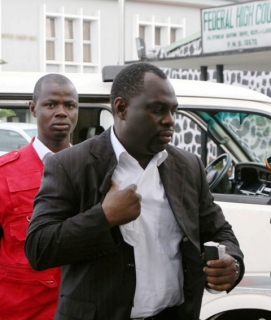 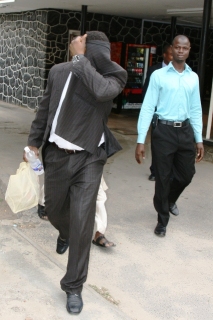 Official Press Release By The EFCC

A Nigerian, Emmanuel Ehkator who was investigated by the Economic and Financial Crimes Commission, EFCC, for criminal conspiracy to commit mail and wire fraud in the United States of America has been sentenced by District Court Judge, Middle District of Pennsylvania, Yvette Kane, to a three-year term. He is also ordered to pay $11,092,028 in restitution to his victims. 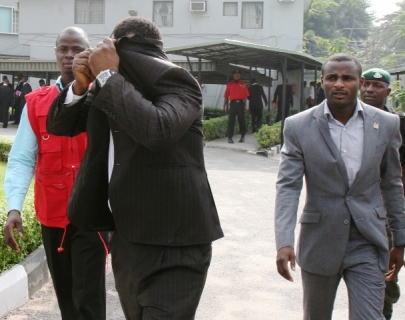 The conviction of Ehkator, 42, who was arrested in Nigeria by the EFCC in August 2010 and extradited to the United States in August 2011, followed his plea of guilt.

Justice Kane also ordered Ehkator’s forfeiture of properties in Canada and the contents of several bank accounts in Nigeria.

While the trial lasted, the prosecutor informed the court that Ehkator was part of an attorney collection scam. Their modus operandi, he said was for the convict to contact U.S. and Canadian law firms by e-mail claiming to be individuals or businesses outside North America who were owed money by entities in the United States and asked for legal representation to collect the money.

The prosecutor further told the court that, “often, the prospective “clients” said the money owed came from a real estate transaction, tort claim, or divorce settlement. Once the law firm agreed to represent the out-of-country client, the law firm would be contacted by the U.S. entity purportedly owing money with an offer to pay the client by cheque. The client would instruct the law firm to deposit the cheque in the law firm’s trust account, retain the law firm’s fee, and wire the remaining funds to accounts in Asia”.

The cheque that was then mailed to the law firm would be a counterfeit cheque, a fact that would be discovered only after funds from the law firm’s trust account had been wired to the Asian bank, the prosecution said.

The counterfeit cheques, which appeared to be drawn on legitimate accounts from well-established financial institutions, often included a telephone number for the financial institution. Lawyers attempting to determine the validity of the cheque would call the number only to reach another conspirator who would falsely verify the cheque. The court was also told that Ehkator’s involvement in the scheme makes him responsible for losses of more than $7 million and up to $20 million.

Ehkator’s co-defendant, Yvette Mathurin, has also been charged for conspiracy and is awaiting extradition from Canada while another co-conspirator, Kingsley Osagie, was arrested as he arrived in the Atlanta area from Nigeria and is currently awaiting trial in the Middle District of Pennsylvania. Other co-conspirators are pending extradition from several foreign countries as investigation continues against other members of the large, multi-national conspiracy.

Aside from the EFCC, other agencies that investigated the crime were the United States Postal Inspection Service, the Federal Bureau of Investigation, the United States Secret Service, the Toronto Police Services and the Royal Canadian Mounted Police. It was prosecuted by Assistant U.S. Attorney Christy H. Fawcett.