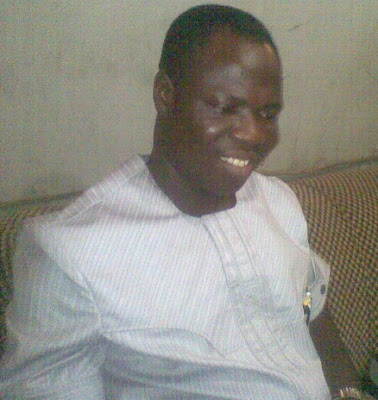 A 14-year-old Senior Secondary School SS1 pupil Oluwaseyi Adelegan who was  the son of the National President of the Amalgamated Union of Public Corporations, Civil Service Technical and Recreational Services Employees, Comrade Solomon Adelegan has been murdered in cold blood  by yet to be identified killers.

Oluwaseyi was said to have been murdered  at his father’s residence in Aduralere quarters, Ijoka areas of Akure in the early hour on Thursday.

Report had it that the deceased was  matcheted when the killers invaded their residence and was left to die by his killers. Saturday Vanguard learnt that the deceased on the ill-fated day was alone in the house while other siblings have all gone for holiday lesson.

Why he did not accompany others to the holiday lesson that day was not known. The killers according to Police source matchetted him in the room, leaving him to die there but he was said to have managed to  crawl from the room to the sitting room but had no more strength to crawl further to the front door in order to raise alarm.

His dead body lying in the pool of his blood was met in the living room by the other siblings when they returned from the holiday lesson and they raised alarm which attracted neighbours who could not render any assistance as he was said to be stone dead.

Since the incident, Chief Adelegan has refused to speak to the Press but his recent post on social media reveals his deep love for his son.

“YOU RE THE SUN WHICH SHINES IN MY SKY, THE REASON WHY I AM ALWAYS INSPIRED GOODBYE MY PILLAR, MY LIGHT, MY HOPE, MY JOY. YOU COULD WAIT TO FULFILL OUR PLANS, WE BOTH AGREE YOU RE GOING FOR PHARMACY OUTSIDE NIGERIA, WHAT HAPPENS TO THE STUDENT ACCOUNT AND THE INSURANCE POLICY FOR YOUR SAKE? OLUWASEYI ADEWUNMI ADELEGAN ON THE INTERNET, PAGES OF NEWSPAPER, RADIO AND TV AS LATE OH OH OH OH YOU PREACHED TO THE WHOLE CHURCH ON SUNDAY ON PERILOUS TIMES, GOODNIGHT MY BELOVED SON. PLEASE MY SON SHOW YOURSELF TO ME AND LET US CHAT AND KISS AS WE USED TO….”

Meanwhile, the Ondo State Police Command has vowed to bring the perpetrator of the crime to book.  Spokesman Wole Ogolo said the case had been transferred to the Criminal Investigation Department (CID) in the state.