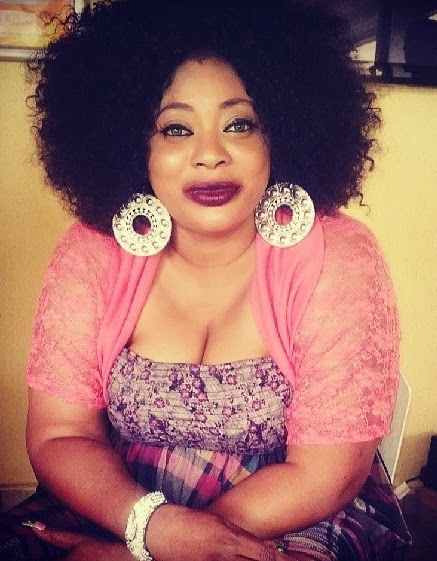 Nollywood actress Ayo Adesanya has said domestics issues were responsible for her exit off the limelight for 10 years.

Speaking on Rubbin’ Minds on Channels Television the actress explained that she experienced domestic violence during her relationship and that played a part in her decision to take a break.

“I started with the English movies but at a point, I wasn’t as active as I used to be. I was out of the scene for 10 years slightly due to domestic stuff. When I mean domestic, I was in a kind of relationship, though I was never married to him, we were living together. I experienced a little bit of domestic violence but I am over it now.

“I went through that and I came out of that. I can actually talk about it now because, initially, when it happened I was a little bit ashamed then.”

“I have been acting for 22 years, I do both Yoruba and English movies but I make more in English movies; they do pay more and there is a bigger audience. Though I love both because they are both challenging and they give me different kind of vibes.”

For her latest projects, she veered into production.

“I am on ‘Skinny Girl’, I have done quite a number of movies with some producers which would be in the cinemas. I was also in ‘Omugwo’ with Kunle Afolyan. I actually did two movies, my movies, I produced them and they are going to be on the internet very soon.

“I am putting up some other projects, I am trying to do a TV programme and quite a number of movies too.”

The actress now takes her spiritual life seriously and has become very picky with the roles she plays as a result of her faith.

“Recently I am more of a church person, so I won’t accept nudity roles and the stories I do now I put a little message in it. It is gratifying to me,” she said.

Continue Reading
You may also like...
Related Topics:career, domestic, violence