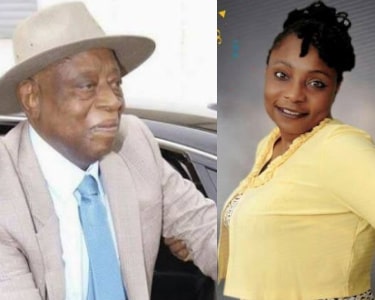 While conducting a professional research on the late Baba Sala, I found that by only emphasising and applauding the icon’s hilarious comedies, the contribution of the late Moses Olaiya Adejumo to the Nigerian economy is largely being underestimated.

Although I am a daughter of the late comedian, I am writing this article by virtue of my profession. I am a development expert with 16 years international experience in research, economic analysis, and development management. A graduate of economics, Obafemi Awolowo University, Ile-Ife, MSc, International Development, University of Birmingham, UK and a PhD, Development Studies, University of South Africa. My professional experience includes the Central Bank of Nigeria, World Bank, UNDP and Federal Inland Revenue Service. I am an author and I need to mention that I am also a gospel artiste.

For those who do not know, Moses Olaiya Adejumo popularly known as Baba Sala was a veteran and ace comedian, dramatist, musician, film producer and actor. From 1960s through the 1990s even to the early 2000s, Baba Sala was a household name in Nigeria because of his hilarious TV shows, films and comedy plays. Baba Sala is regarded as the father of the modern Nigerian comedians. Specifically, Baba Sala was the one who created the laughter business. Put differently, he was a creator, a pacesetter and an inventor who ventured into comedy business not because there was any government funding or a conducive business environment or a ready large market to take advantage. In fact, these necessary factors were absent.

To actualise his passion and business idea, Baba Sala had to train himself, source for funds by himself, develop strategies to survive an unpredictable business environment and he had to create his own market or customer base. He was thus a courageous adventurer and a risk taker.

However, the determined efforts, resilience and sacrifices of Baba Sala became the beginning of a positive turn for comedy in Nigeria and for the entertainment industry as a whole. Although Baba Sala went through many challenges including piracy and bank debt, his efforts and the efforts of other founding fathers of entertainment were not futile. Over the years, the Nigeria movie industry (Nollywood) has grown rapidly to the second largest film producer in the world. It must never be forgotten that Baba was among those who created the solid foundations that made Nigeria’s movie industry an exceptional global phenomenon today.

The IMF report (2016) noted that the movie industry had contributed more than 1.4 per cent of Nigeria’s GDP. Specifically, the film industry employs more than one million people and generates more than US$7bn for the national economy. Comedy, film-acting and other entertainment works which were not regarded as any noble career especially by the elite have now become a respected profession and a sector where government generates huge tax revenue. As the Federal Government continues to aim to diversify the economy and to reduce overdependence on crude oil, the entertainment and creative industry is one of the sectors identified in its Economic Recovery and Growth Plan as having the potential to boost the development of the non-oil sector.

The implication of this is that the comedy and film industry is a major creator of employment to the citizens and a large source of tax revenue for government. Moreover, as Nigerian films are being exported to other African countries and the rest of the world, the comedy sector has become a source of foreign exchange earnings. These great economic developments became possible solely because in the 1960s, Baba Sala dedicated himself to exploring the unknown world of comedy. If Christopher Columbus became a hero because of his ocean exploration and the discovery of the new world, arguably, Baba Sala qualifies to be among the world’s greatest heroes for being the first Nigerian to venture into comedy and for bringing into fore an industry with great economic opportunities for the people and the government.

Baba Sala also contributed to economic growth by enhancing the health of Nigerians. Many scientific studies show that laughter and comedy can help with depression, anxiety and other mental illnesses. Laughter releases hormones linked with reducing stress, boosting immune response and strengthening social relationships. Scientists also show that laughter can increase confidence, self-esteem, creativity, positivity and resilience. These health benefits of laughter underscore the great contribution of Baba Sala to the country. His weekly TV shows gave Nigerians free weekly dose of health-boosting laughter that must have saved a lot from spending money on anti-depression drugs despite a hard economy. Baba Sala was one reason Nigeria was not a sick nation despite decaying health care system. Since health is wealth, and laughter contributes to health, Baba Sala contributed to the wealth of Nigeria in the 1970s and the 1980s through the laughter-heath channel.

The government doubtless had several programmes targeted at promoting the small and medium scale enterprises, including those in the entertainment industry. Unfortunately, this came after Baba Sala had opened up the comedy industry with his own blood. In the absence of effective government control of rights and access to intellectual property, Baba Sala released his first movie, ‘Orun Mooru’ in 1982.

It was a big budget movie recorded on Celluloid. ‘Orun Mooru’ was the first comedy movie in Nigeria, yet this great innovation was financed by the loan Baba took from the bank using his personal assets as collateral. In the absence of effective government protection against piracy, an indigenous filmmaker could only wish and hope in God. Unfortunately, ‘Orun Mooru’ was pirated into VHS home video which had adverse effect on Baba Sala’s comedy business and the huge debt could have sent him to an early grave.

If Nigeria had had strong and effective laws against piracy, maybe, Baba Sala would not have suffered so much losses and setbacks in his career. His opening of the comedy industry is to the benefit of the Federal Government through employment creation, increased tax revenue and the non-oil export earnings opportunities the industry now offers. But the inadequate support of the government, especially in creating a conducive environment where intellectual property rights were protected was a great disadvantage to a self-made hero. Baba Sala’s tenacity and resilience after the piracy of his first film should be saluted because he continued his comedy business and produced several films after. His resilience and consistency were the fortification that made comedy in Nigeria a strong industry today.

I believe Baba Sala’s comedy business would have striven better if the owner and those working with him were exposed to better business and financial management skills. But a business school would definitely appear like a luxury for a man struggling to make ends meet. If the appropriate government ministry had provided such training to Baba or even sent him to Harvard business school, he would definitely have been able to better manage the rest of his business and innovations and his bank loans could have been paid without selling some private properties like he did. I believe providing such support to a great innovator should not have been overwhelming to the government. During his days, many civil servants with no singular business were recipients of foreign training including those held at Harvard.

It is important to reiterate that Baba Sala was not well-compensated for his highly impactful innovations which opened the entertainment industry for development. His experience in this regard was really pathetic and it may become a discouragement to other Nigerians with innovative spirit. The good thing, however, is that Baba Sala lived long and he witnessed how the film industry he started has grown into an important sector of the economy. But beyond the rhetoric that Baba Sala was a good comedian, I believe agencies concerned with economic diversification, youth employment, and revenue generation should also seek ways to recognise how Baba Sala’s creativity, innovation and risk-bearing skill greatly contributed to the diversification of the economy, the expansion of the national income and government’s non-oil revenue.