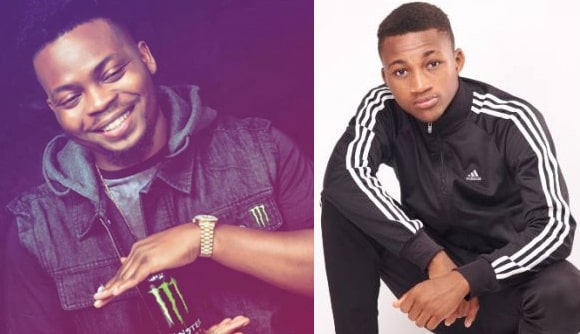 Olamide, fondly called Baddo, has no doubt come a long way in the Nigerian music industry. He started from the bottom, over ten years ago, under the tutelage of ID Cabasa. ID Cabasa owns the label, Coded Tunes, which shot Olamide to limelight. Ten years down the line, Olamide is now known for discovering and developing musical talents in Nigeria.

YBNL’s tradition is simple and straight forward. Every new artiste is placed on a contract of 2 years, after which the artiste would be allowed to move on, to either join another label or set up his/her own music label. This has worked for some artistes, while others have not been as successful. Stay close as we take you for a memory spin.

The crown prince of YBNL Nation, during his time, is none other than Lil Kesh, whose real name is Ololade Keshinro. He is one of the music revelations of this generation of Nigerian musicians. Lil Kesh was a local rapper, in the street of Bariga, which interestingly was the street where Olamide was raised. Hence, Lil Kesh often refers to Olamide as his big brother.

Lil Kesh was signed to YBNL Nation in 2014. He was one of the first set of artistes to be signed by to the record label. His first hit single is a song titled, Shoki, where he featured Olamide and Davido. In 2016, he was nominated for The Headies Next Rated Award, which he eventually lost to Reekado banks, to the astonishment of many. Lil Kesh’s boss, Olamide, wouldn’t accept the result, as he blasted The Headies organizers and threw shades at Don Jazzy.

Lil Kesh moved on from YBNL Nation later in 2016, after the expiration of his contract and went on to set up his own record label, which he named YAGI Records (Young And Getting It). Under YAGI records, Lil Kesh has released several hit singles such as Baby Favour, Love Story, Ogene, Apa Mi, Gbowo and many more.

While Lil Kesh was under YBNL Nation, he was nominated for several awards ranging from MTV Base Music Award to  The Headies Award. At 23, he is comfortably the youngest record label owner in Nigeria. Although, Lil Kesh is no more a YBNL act, he still shares a close bond with many artistes under the label, including the owner, Olamide, who he refers to as his brother.

Lil Kesh recently revealed he is working on the release of his first studio album, under Y.A.G.I Records. The album is expected to launch later this year.

Adekunle Gold, whose real name is Adekunle Kosoko is another excellent product of YBNL Nation. He is known for his unique style of music, Urban Highlife, which is in stark contrast to the genres of most YBNL Nation’s acts.

The urban highlife singer was signed by Olamide in 2015, after his back-to-back hit singles. Sade and Orente, generated significant positive reviews from the Nigerian music consumers. Orente was later released in 2015, as the first official single of Adekunle Gold, under YBNL Nation. He subsequently released his debut album, Gold, a year later, in 2016.

While Adekunle Gold was with YBNL Nation, he achieved significant feats. His sixteen-track debut album, Gold, rose to 7th position on Billboard’s weekly global album chart, on August 13, 2016. He went on to rack up a good number of awards, before eventually leaving YBNL Nation after the expiration of his contract, in 2017. He went on to launch his own music brand, which he named The 79th Element. He later joined a new record label, known as Afro Urban Records.

Adekunle Gold has built on his success from during his time with YBNL Nation. Earlier this year, in May, he released his second studio album titled, About 30. About 30 was released under his new record label, Afro Urban Records.

Chinko Ekun completes the trisect of YBNL Nation’s talent generation, alongside Lil Kesh and Adekunle Gold. His real name is Olamide Emmanuel Oladipo. He is renown for his Chinese-gimicks style of rap.

Chinko Ekun was signed to YBNL Nation in 2015, alongside Adekunle Gold, shortly after his excellent performance at OLIC 2014. The rapper is not as active as the likes of Lil Kesh and Adekunle Gold in the industry. This is because, unlike Lil Kesh who dropped out of school to focus on music, Chinko Ekun is combining his studies with his music career. He is currently enrolled at Obafemi Awolowo University, Ile-Ife, where he’s studying Law.

While the exodus of three major YBNL acts has had a significant effect on the record label’s prominence and income generation, it hasn’t completely crippled the record label. The mere presence of Olamide, who is a musical titan in Nigeria is enough to keep the record label afloat. Aside the label owner, a good number of artistes are currently under contract with YBNL Nation. While these artistes are not as prominent as the likes of Lil Kesh, Adekunle Gold and Chinko Ekun, they are making steady progress to the top of the Nigerian music arena. These artistes include: DJ Enimoney, Davolee, Limerick, Lyta, Fire Boy, Mhiztar Xhuttan, Yomi Blaze and Picazo Rhap.

Could Picazo Rhap be the next star of YBNL Nation?

Who is Picazo Rhap?

The young rapper’s real name is Ilabode Omogbolahan Sodiq, an undergraduate of Lagos State University (LASU), where he is studying Mass Communications.

Picazo was actually discovered last year by former YBNL artiste, Chinko Ekun, when the young rapper won an online music challenge, Waloda, which was hosted and promoted by Chinko Ekun. Picazo Rhap, however, became known when he did a freestyle cover video of Chinko Ekun’s Able God, which went viral (and is still trending). The young rapper was officially signed by Olamide on 14th October, 2018, as the newest member of the YBNL family. We are keenly awaiting his first official single.

Given the precedents set by the likes of Chinko Ekun, Adekunle Gold and Lil Kesh, YBNL will serve as a perfect platform, for Picazo to launch his promising career. We wish him the best!.