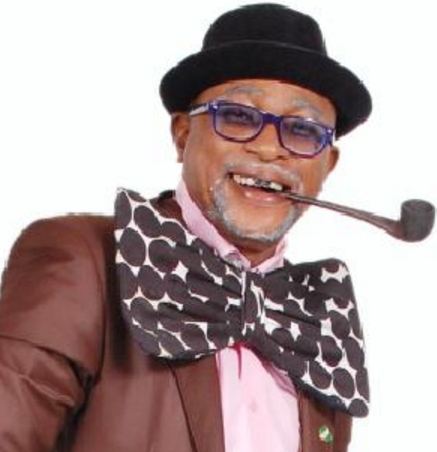 In this recent interview with Dupe Ayinla Olasunkanmi, son of veteran comedian Moses Adejumo talked about his career, the present health state of his father among other issues.

Tell Us What It Means To be the son of a popular entertainer?

Being the son of a popular entertainer is quite interesting but only when you are still young because you get special treatment from parents and the environment. But once you grow up, it’s quite challenging – that is because you will need to buckle up to live up to expectations.

You are also into entertainment. Is this influenced by your dad?

Yes, I am greatly influenced by my dad’s image and his personality. I was born into wealth and fame and so won’t want to be a lesser being to my dad. I took up music but differently and like my dad would say, being yourself and being real is the key. I love my dad’s very creative way of performing his comic roles so I’m also influenced in that aspect to be very creative in my lyrics and composition.

How long have you been doing music?

I have been doing music as far as my high school days but I started my musical career professionally in 2009.

Tell us about growing up with a father that is always busy?

Not so easy as far as I can tell, because I was born at the height of my dad’s success, at the peak of his career when I was born. So, as kids, we only got to see him maybe once or twice in a month as he was always on tour internationally and all over Nigeria. So I was growing up under the care of so many guardians, lots of people correcting you at the same time.

There have been tales of the demise of your father at different times. What has always been your reaction?

It’s not new anymore because I know bad news, either true or false, travels fast like the wind. He has not been so active lately as one can understand it’s due to old age ailments, so he makes few or no public appearances. That’s the reason why such news will emanate and some hasty media will publicise it even before confirmation. But I always appreciate the love by well meaning Nigerians when such news breaks out.

What about the reports that he is no longer agile?

Baba is doing fine. This is old age – slow movement, being calm and collected, he attends all church programmes during the week. 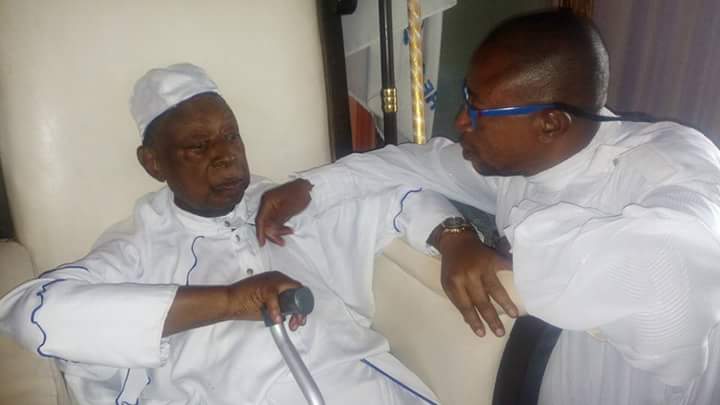 He still makes us laugh, still very funny like those times. Baba is doing fine and looking younger despite his age.

Tell us how your father is doing at the moment?

Yes, being agile comes with age. He was on stage for more than 30 years non-stop. This is the time to retire and count his blessings. No comedian in the history of this country has ever lasted this long in the industry. He was there in the days of black and white TV and analogue broadcasting and still present in this digital age. In mind, he’s agile; it’s only the weak bones. So with this, I say he’s a strong man. I still call him agile, strong enough to see decades of digital revolution.

Do you feel he is getting the best at the moment as one of the pioneers of comedy in Nigeria?

No, he’s not getting the best. For someone who bagged the award of Member of Order Nigeria, M.O.N. he needs to be celebrated more. He gave Nigerians comic relief during the civil war, trained one of the best guitarists in the history of Nigeria, King Sunny Ade. I think he should be more rewarded for his labour than just his personal efforts.

Are you saying Baba is not celebrated enough?

As the first comedian in Africa he needs to be celebrated while living, not when he’s no more.

Why did you adapt the name B’Sala?

The name B’Sala is an abbreviation of Baba Sala. My friends and my schoolmates call me that, so when I started music I had no other choice.

Collaboration is one of the factors of being a top act. Who are those you have collaborated with?

I had my first collaboration with an artiste in the US, A’cue, a US-born Naija artiste in the song “Mo Quality”, presently working on a track which I’ll feature 9ice and Gabriel Afolayan.

You seem to spend more of your time abroad. Why?

Travelling is an adventure. I love meeting people at different places. I guess I’m only exhibiting that I’m a living thing, “movement”.

Tell us the best memory of being Baba Sala’s son?

The best memory of being a son to my dad, Baba Sala, is when I started meeting people of influence and I’m being recognised as a son to him. It makes good people want to be associated with you.

Any plans to settle down before Baba goes to meet his ancestors?

As everything is in the hand of God, I will leave it that way.

From a polygamous home, how did Baba manage the home?

The secret of any successful home is having a responsible father as a role model. My dad is hard working and very prayerful. This is how he managed his home. We, all the children, are proud of him.