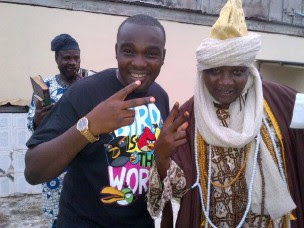 Fabiyi revealed to fans  that all is not well with the actor years after the NDLEA tortured him.

He urged colleagues to rally round the actor so as to get the NDLEA to pay him his N25 million compensation.

When Goldmyne TV reached out to the actor yesterday, he debunked the report stating that Yomi Fabiyi was only talking about his past experience.

Yomi Fabiyi on the other hand said he totally opposed Baba Suwe for taking back his words.