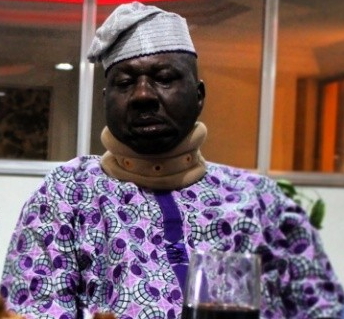 If the report making the rounds online is anything to go by, veteran Nollywood actor Babatunde Omidina has suffered partial stroke.

Those in the know revealed that the actor who once confided in Yomi Fabiyi is now very ill. Though he initially trusted Yomi Fabiyi to help him take the information out but due to Mr Fabiyi unstable past, he pulled out and stayed solo.

As it is now, sources close to Baba Suwe said the actor is no longer capable of moving from location to location like he used to do due to his failing health.

A source said one of the main problem Baba Suwe is having is mobility issue.

He is reportedly blaming his illegal detention in NDLEA office for his deteriorating health.

Note: This report is from online sources, once NG get proper verification from our source, we will update you on his condition.

Continue Reading
You may also like...
Related Topics:baba suwe, stroke