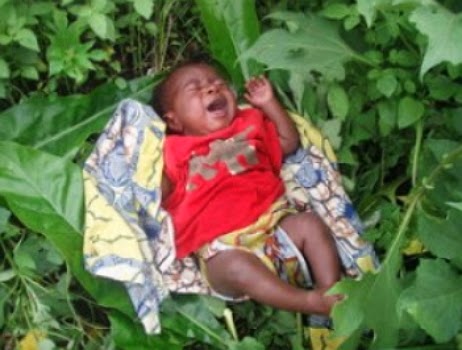 It was joy laced with disbelief when a one year old baby boy abandoned by unidentified persons in a bush along Owerrenta-Owerri Road in Isiala Ngwa South Local Government Area of Abia State was recovered.

Sunday Sun learnt that the baby whom nobody was sure if he was a victim of abduction or abandonment by the parents was discovered by some children who were in the bush to pick palm kernel, wrapped in a cloth.

While it was not clear the reason the baby was abandoned in the bush, residents of the area described the act as an abomination, pointing out that no time in the history of the community had such happened.

There was palpable apprehension in the community as to whether the baby would survive going by the fact that it rained all through the night he was abandoned inside the bush before he was rescued.

The baby had been handed over to the Owerrenta Police Division for treatment and possible reuniting with his mother.