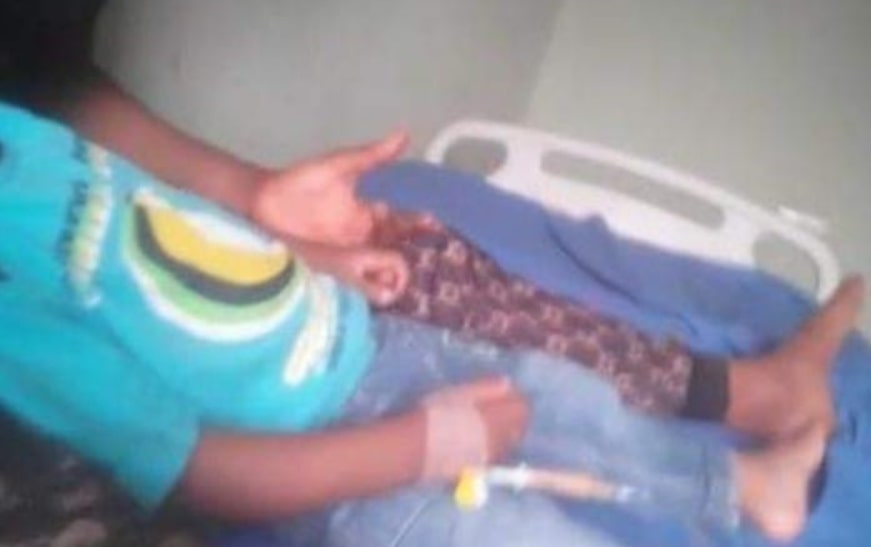 A baby boy identified as Obinna who was recently flogged by a proprietor in Delta state has given up the ghost.

Obinna who reportedly got 31 strokes of cane from his school owner, one Mrs Ogbo and her son went into coma.

The pupil of Arise and Shine Nursery and Primary School in Asaba Delta state was beaten to coma for playing with water and getting wet.

According to Sahara Reporters, the mother of the victim had said that the act was perpetrated by the school owner and her son, who tied his hands and legs before flogging him into a coma.

The woman and her son, who were initially in police custody but released due to agreement with the victim’s family, have been rearrested on Saturday after the baby died.

The sad incident was made known by Ebenezer Omejalile, Chief Operating Officer of Advocates for Children and Vulnerable People’s Network, a human rights group.

Omejalile condemned the act, calling on the Ministry of Education’s Quality Assurance Department to rise up to its task of evaluating and monitoring the activities of school owners.

Here is what Mr Omejalile said about the sad incident;

“With a heavy heart, we wish to inform the house that the one year seven months old baby finally gave up the ghost this morning.”

“Meanwhile the proprietress’ family are still going about looking for who to bribe without considering what had happened to the minor.”

“Now I agree that Nigeria is the worst place on earth to raise children. Imagine having unqualified persons to operate schools, employing unqualified teachers in the system.”

“Our government should stop propagating and postulating laws that protects some sets of people and enabling monsters to operate mushroom schools.”

“This is what you get when those that claim they know, suddenly turn deaf, blind and dumb to reality rather choosing to follow the path of jamborees and sycophancy.”

“This is the time to roll out the big stick by evaluating the so calyl private schools across Nigeria by the Ministry of Education’s Quality Assurance Department.”

“This is too much to bear, our government should make children their priority instead of making them guinea pigs in the laboratory of unqualified school operators.”