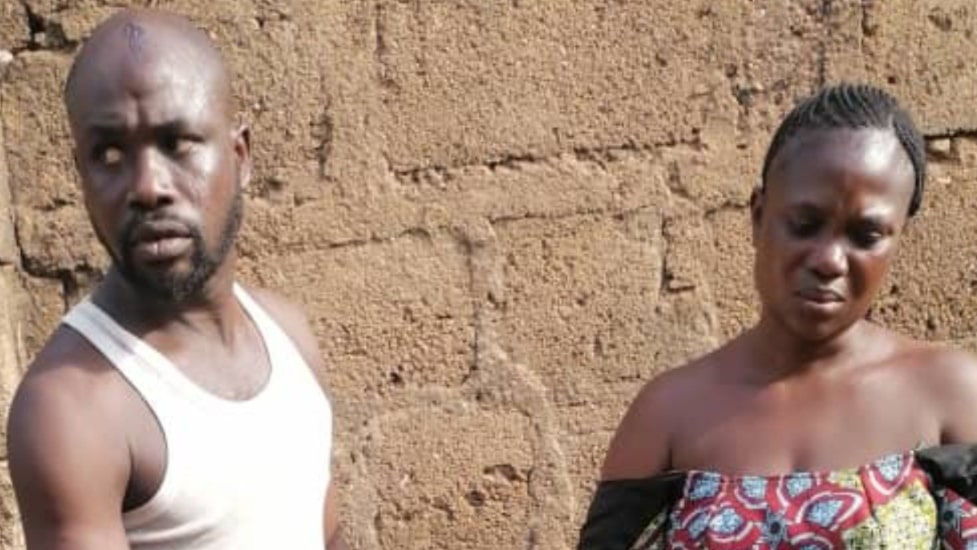 The suspect were arrested by Police operatives from Kemta Divisional Headquarter following a report by the Baale of Leme Community in Abeokuta, Chief Moshood Ogunwolu.

According to Ogunwolu, the co-tenant of the suspects, one Pastor Adisa Olanrewaju informed him of the offensive odour coming out from the suspects’s room.

Oyeyemi said, “On searching the room, a plastic bowl containing fresh different parts of human being was discovered in the room and the couple was promptly arrested.”

According to Oyeyemi, the suspects were herbalists. The body parts which comprises of breasts, hands and others were reportedly given to them by one Michael, a resident of Adatan area of Abeokuta.

The Ogun State Commissioner of Police, Lanre Bankole, has ordered the immediate transfer of the suspects to the homicide section, vowing that anyone who is directly or indirectly involved in the crime would be brought to book.

Three teenagers were recently arrested for beheading and burning the head of a girl for money ritual in Ogun state.