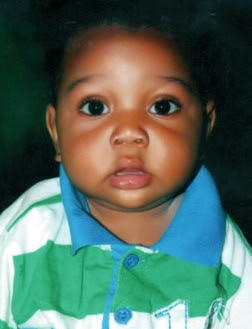 The Nigerian kidnappers of two-year old Emmanuel Alonge have reduced the ransom they earlier demanded to N20 million, even as his father says he does not have that kind of money.

It has been five days since Emmanuel was taken hostage on his way to school by unidentified gunmen at Ifako-Ijaiye area of Lagos State, Southwest Nigeria.

Though the Alonge driver, a house boy and two others have been arrested in connection with the kidnap, the police have not been able to unravel the location of the kidnappers. But they have assured the family that the kidnappers would be tracked down soon.

The kidnappers had earlier demanded for N150 million ransom which they later reduced to N100 million and now slashed to N20 million.

According to Olusegun Alonge, father of the boy and the proprietor of Barachel group of schools, “the kidnappers reduced the ransom to N20 million after we pleaded with them.”

He has, however, said he can’t raise the N20 million and pleaded for the release of his son, who has been in custody of the kidnappers since Monday.

The tearful man said: “Imagine those people asking me for N20 million to bail my son; truly, no amount demanded or paid could be enough for the life of my son but look at me all over, I cannot even monitor my business again. I am still in shock because I can no longer concentrate again. I beg these people to do a lasting favour by releasing my poor boy.”

Mrs. Alonge, who gave birth to twins on Monday when the incident occurred, was not told about the kidnap of her son to prevent her from suffering from shock. Family sources said she was told two days later after she gave birth to twins.

The police from the Criminal Investigation Department, Panti, arrested them.

The driver was nabbed by the police after he gave conflicting account of how the boy was kidnapped. He had alleged that the kidnappers gained entry into the Lexus X470 SUV with registration number Lagos LSD 374 AV by hitting the glass with stones, which the police discovered was not an accurate account of the incident. He was also said to have told the police that the kidnappers escaped through Sango up to Papalanto in Ogun State whereas they headed toward Ikorodu in Lagos

Stephen was arrested and taken to Panti on Tuesday. He was alleged to have received some sensitive phone calls from suspicious sources.