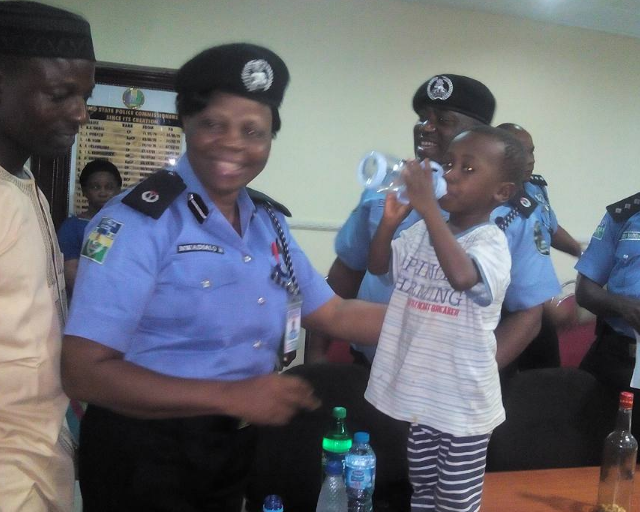 The officials of Imo State Police Command have arrested some members of a child trafficking syndicate that steals and sells underage children.

A 10-month old baby boy allegedly stolen from his mother during a burial at Ogbaku axis of Mbaitoli LGA area of the state was rescued after the members of the syndicate sold him to a woman in Nnewi Anambra state for N650,000.

The 3 suspects arrested in connection with the abduction of Tochukwu Peter are: 32-year-old Chimezie Okafor, 42-year-old Chukwuocha Ogechi and 38-year-old Igwe Calista.

The mother of the baby reportedly gave the baby to the prime suspect to attend to an important chore but before she returned, the prime suspect Favour  Nwekem (who is still at large) has absconded. She later sold the child to members of the syndicate who in turn resold him to a widow looking for a boy to claim part of her husband’s inheritance in Nnewi.

The baby boy has been reunited with his parents.