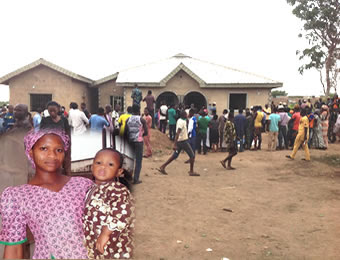 A ceremony of joy turned sour yesterday when a suspected kidnapper stole a 20-month-old toddler in Abeokuta, the capital city of Ogun State.

The incident happened at Akorede Estate in Ilugun Inukosegba area of Abeokuta North LGA of Ogun.

His house was ransacked by angry youths where different fetish items and human parts were discovered. 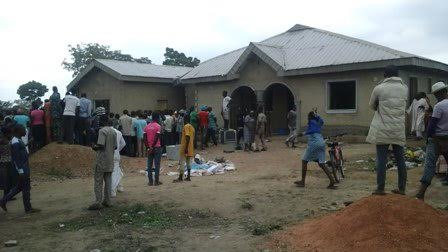 Hear what the mother of the missing boy, 26-year-old Elizabeth Ogundele told police:

“I was helping my brother’s wife get ready for the ceremony when I noticed that my son was missing.
“I searched for him in and around the house because some tenants said they saw him playing ball, but he was nowhere to be seen.
“I ran outside the house into the community still searching and that was when I encountered two guys at Chief Ifayemi’s house. “I asked if they had seen my son, they denied and started giggling, so I left.”

The suspected kidnapper has been arrested as police intensifies effort to rescue the missing boy.