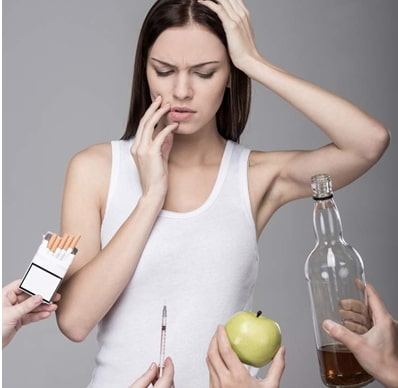 “We first make our habits, then our habits make us”- John Dryden

Habit, if not resisted, soon becomes necessity! In life, people don’t choose their habitat, they only need to choose their habits, and their habits create their habitat. Your habit actually determines your habitat! Fyodor Dostoevsky once said “It seems, infact, as though the second half of a man’s life is made up of nothing, but the habits he has accumulated during the first half”.

What will eventually bring a man down from a great height is actually the habit that followed him there. You can’t be a winner with losers’ habits! Successful people are simply those with successful habits. Depending on what they are, our habits will either break us or make us.

One of the greatest philosophers of all times, Aristotle, once said, “We are what we repeatedly do. Excellence then is not an act, but a habit.” The basic truth about life is that men acquire a particular quality by constantly acting in a particular way.

The 1990 American Heritage Dictionary defines habit as “a pattern of behavior acquired by frequent repetition”.

You must consciously cultivate the habits that you are willing should master you. Men’s natures are alike; it is their habits that separate them.

King Philip of Macedonia was the father of Alexander the Great; he built a vast empire from the Mediterranean Sea to India. King Philip employed the great Philosopher Aristotle to teach the young Alexander and prepare him for the greatness that awaited him; Aristotle nurtured him into becoming a worthy prince and a great general. In 334BC, Alexander fought against the ‘undefeatable’ Darius, the King of Persia and overthrew him. Alexander went further to seize power from Pharaoh and he was himself crowned Pharaoh; he eventually found a city in Egypt and called it Alexandria.

Alexander the Great became so great that his surname became “The Great”! At the age of 32, he was said to have conquered the whole then world that there was nothing more to conquer.  But at the tail end of his life, he lost grip of moral purity and he was conquered by an undying habit. As a result of moral decadence, the conqueror of the world empires became a victim of his own lack of self-restraint, hence he lost the battle over life due to indiscipline and lack of restraint.

Though he attempted to establish unity of culture in the empire, and the modern city of Alexandria in Egypt still testifies to this, but just at the height of his power he was broken, not by the military might of any nation or by any weapon of war that he could not withstand, but by the enemy that lay within him – he was destroyed by a habit he refused to give up.

Alexander died at the age of 33, and all his dreams and aspirations died with him! His whole life was summed up satirically in ancient literature as: “Alexander the Great, the man who conquered the whole world but could not conquer himself!”

Joyce Meyer said, “You can suffer the pain of change or suffer remaining the way you are.” There is no difficult habit; we only have unwilling minds.

One of the greatest philosophers that ever lived, Niccolo Machiavelli said, “Where the willingness is great, the difficulties cannot be great”. It is psychologically true that what you can endure, you cannot change. Change that habit or one day it will ultimately seal your fate.

You must be intentional about dealing with the bad habits in your life. There is a Yiddish proverb that says, “Bad habits are easier to abandon today than tomorrow”.

Deal daily and consistently with the bad habits in your life.

The only way to eliminate bad habits is to replace them with good ones.

Mark Matteson said,“If we don’t consciously form good habits, we will unconsciously form bad ones”. So every day you keep going on in your resolve to stop a habit, and refusing to give up, brings you a day closer to freedom.

“You’ll never change your life until you change something you do daily. The secret of your success is found in your daily routine.”

No habit exists in isolation. An alcoholic will gamble and womanize, and also, people that are addicted to drugs will eventually steal. Any habit that you refuse to deal with in the present, will deal with you in the future.

Experts say it takes about 21 days for a new activity to become a habit, and six months for it to become part of your personality. So every day you keep going on in your resolve to stop a habit, and refusing to give up, brings you a day closer to freedom. You need discipline and consistency to deal with bad habits.

Nate Silver said, “I have the same friends and the same bad habits”.

Samuel Johnson once said, “The chains of habit are too weak to be felt until they are too strong to be broken”.

Conquer your bad habits lest they eventually conquer you. The habit you don’t cut-off will cut your life short!

“A person isn’t an assortment of body parts. A person is a collection of habits” -Jarod Kintz

Your Degree Or Certificate Is Not A Cure For Poverty..7 Reasons Graduates & Degree Holders Are Poor!!!
Are You Paying Your Daily Rent For Success?