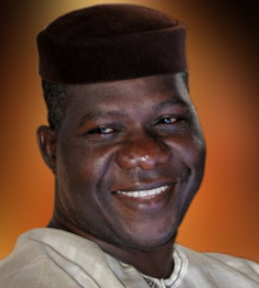 Ex- House of Representatives member and All Progressives Congress (APC) governorship aspirant, Hon. Opeyemi Bamidele, has been moved to Lagos for post-surgery treatment.

Hon Bamidele was today flown to Lagos aboard an air ambulance chopper with registration number 5N-BSW belonging to Flying Doctors Nigeria, which landed at about 3.05pm at sports field of Christ’s School, Ado-Ekiti. 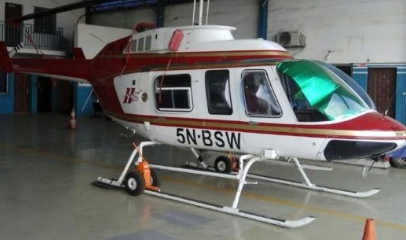 Bamidele was shot by a mobile policeman at the APC secretariat during a welcome rally for its governorship aspirant, Dr. Kayode Fayemi, on Friday.

The former federal lawmaker had a surgery on Friday which lasted about four hours to remove two bullets lodged in his abdominal region and leg. He was in a stable condition before being moved to Lagos.

The surgery was performed at Ekiti State University Teaching Hospital (EKSUTH) by a team of eight doctors, including four consultants.

A statement on Sunday by his media aide, Ahmed Salami, disclosed that Bamidele was moved to Lagos for treatment as a follow up to the surgeries he undertook for the gunshot wounds he sustained.