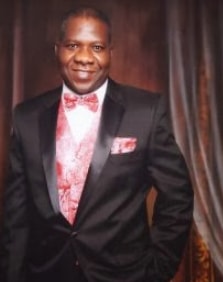 Surgeons who attended to ex-House member Hon. Opeyemi Bamidele after he was shot have removed 2 bullets from hsi body.

Bamidele is now said to be in a stable condition after the five hour surgery.

He was one of the 6 people who were hit when a mobile policeman opened fire in the direction of the All Progressives Congress (APC) governorship candidate in Ekiti State, Dr. Kayode Fayemi at the party’s secretariat, Ado Ekiti.

Fayemi was, at the time, surrounded by many party faithfuls including Bamidele.

He and the other victims were rushed to the hospital.

He immediately went under the knife to remove the bullets.

One of the bullets was removed from his abdominal region and the other from his leg.

The APC insisted yesterday that Friday’s shooting was all about eliminating Fayemi even as the police said it was a case of accidental discharge.

But they said they have in their custody the policeman and a politician said to have taken him to the APC secretariat.

The Nation gathered that Bamidele’s surgery was carried out by an eight man team including four consultants.

It started at about 7pm and lasted till 12 midnight.

Besides, Bamidele also received blood transfusion on admission to replenish the blood he had lost following the shooting.

Bamidele’s media aide, Ahmed Salami, yesterday dismissed speculations that he was in coma.

“Let me assure our supporters in Ekiti and other concerned Nigerians that Bamidele is not in coma. He has regained consciousness and is fast recuperating due to prompt and the intensive medical treatment he received thereafter.

“It is true that Bamidele has passed through major surgeries and the bullets have been removed from his abdominal region and leg.”