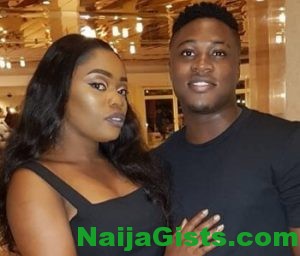 The actress took to Twitter recently to tell fans she is in a serious relationship with ex-project fame winner Jeff Akoh who is way younger than her.

While people were busy congratulating the duo, a source pointed out that the two signed under the same record label, Temple Music Company are only working on a new song.