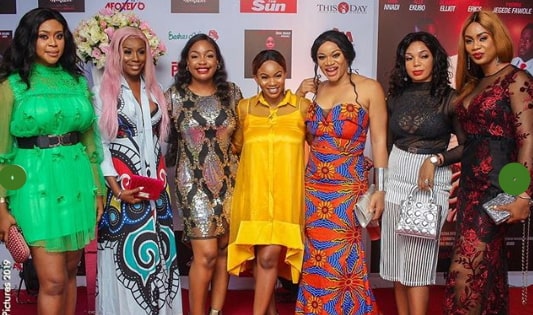 Nollywood celebrities thronged Imax Filmhouse, located in the highbrow Lekki area of Lagos, last Sunday night to celebrate one of their own, Oma Nnadi as she premiered her new movie, ” Being Anabel.”

Nnadi is optimistic that, though the governorship and States House of Assembly elections taking place on the second day of release will affect sales, one of the strengths of the film, which will make up for the setback, is its comic attraction.

The premiere was graced by top movie stars who were in their best element to celebrate one of their own. The movie tells the story a broke lady who plays into the manipulation of her friend to impersonate her deceased twin sister so as to inherit her riches, she must be entangled in her sister’s love triangle along with the demons inside.