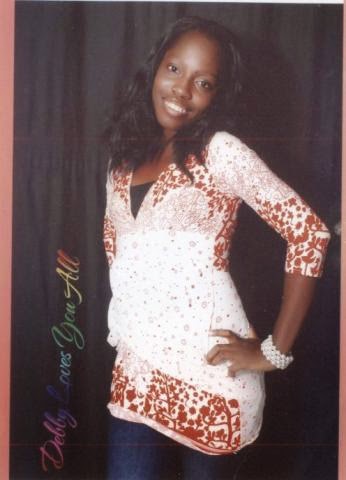 Ms Deborah Bassey, a 22-year-old sickle cell patient and a student of BIU who was recently raped to death by an unknown person has been laid to rest.

The lifeless body of Deborah, a 300-level Accounting student and a devout Christian, was recovered from the road at the Upper Adesuwa area of Benin city, Edo state.

On the fateful night, Deborah had gone to the Sickle Cell Centre on Reservation Road, Benin City to receive medical attention. At some point, she reportedly told the staff at the centre to open the gate for her, maintaining that she wanted to go to the church. That decision proved fatal. She never got home, neither did she return to the hospital alive.

“So, I now quickly rushed to the church. When I got there, they said they did not see her in the church. They said I should sit down, that they would look for her. The pastors now rallied round before they told me that they saw her on the road, that she had an accident.”

Mrs. Bassey gave thanks to God for the life her daughter lived before she died, revealing that two days to her death, Deborah went to the Ring Road (Kings Square), Benin, with tracts in her hand to preach the gospel to people.

“The second day, we just heard that she died. I thank God because she served God. Everybody knows about it. In the church they know her, at school they know her, in the compound they know her. I give God the glory and I know even though she is dead now, she is in the hands of the Lord. Praise God,” Mrs. Bassey said.

She insisted that “vengeance belongs to God,” adding that she would not seek revenge.
Deborah’s immediate elder sister, Mrs. Pearl Godswill, an artiste who resides in Lagos, said she received the news of her sister’s death with shock.

“I was in Lagos when they called to say my sister was dead. I last saw her in February when I came. I was told she was sick, so I had to come down to rush her to the Sickle Cell Centre and later returned to Lagos.

Mrs. Godswill confirmed that Deborah’s body was recovered somewhere at Upper Adesuwa Road, and that a test carried out on her “confirmed that she was actually raped.” But the rape aspect was not disclosed to Deborah’s mother by family members.

Corroborating her younger sister’s story, another elder sister to Deborah, Ms Edna Bassey who lives in Abuja said injuries were found on their late sister’s body.

“The only thing that I want to say is that it’s a pity that she went so soon. It’s so painful and disheartening. Her dream, everything is gone. But she is still in our memory and we say good night.”