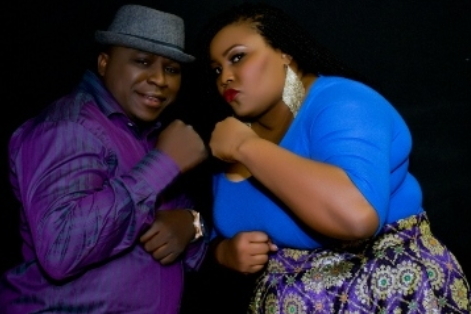 The organizers of this year’s BON Award have announced comedian Gbenga Adeyinka and Inspiration FM’s OAP Wana Udobang aka WanaWana as hosts.

Here is an official press release from BON award 2013 organizers;

“As the longest running reward platform for Movie stars in Nigeria, our mission is to celebrate the true stars of Nollywood, a night of glitz and glamor where world class entertainment will be performed and rewarded”

Check out Gbenga Adeyinka’s make up… hahaha… I no fit talk.