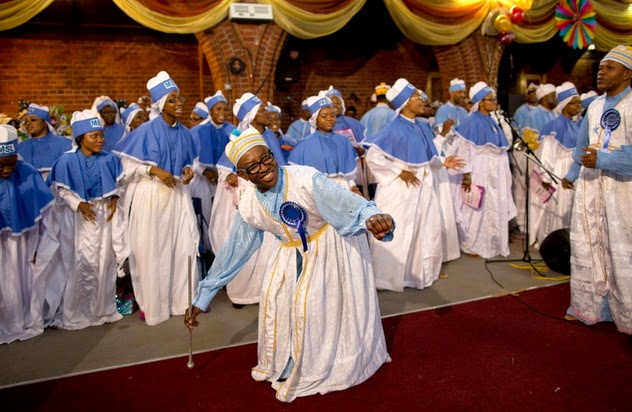 A man is currently in police detention following an attack inside a Cherubim & Seraphim Church on Association avenue in Oworotimi area of Ijegun Lagos.

39-year-old Adekunle Omoyiwola who claimed he was betrayed by one of the shepherds of the church hacked the victim with cutlass in the presence of worshippers during a vigil service.

The victim sustained serious injuries on his head and back before making his escape from the suspect. He was later rushed to the hospital for treatment.

The attack on the shepherd caused commotion in the church as church members fled for safety.

The suspect told police that the Shepherd identified as Olakekun Sodiq betrayed him but refused to mention what the victim did to him.

He rather asked the victim to tell police what happened between them.

The suspect was charged for breach of public peace and assault and remanded in prison custody because he couldn’t meet his bail condition.