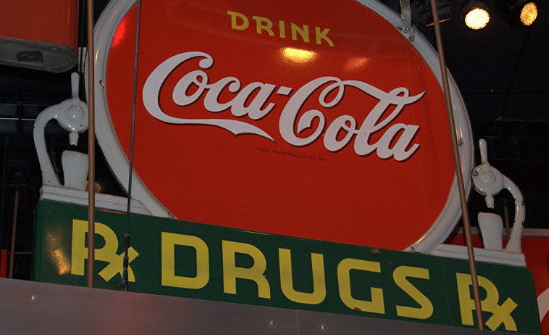 Are you aware that the unofficial word for cocaine is Coke??? Why do you think popular Coca Cola drink was named Coke??? Read on to find out more.

Historical report revealed that Atlanta Pharmacist John Pemberton created Coca Cola in 1886 and modelled it after the then popular French refreshment Coca Wine which was made by mixing coca leaf extract (high source of cocaine) with wine.

To avoid backslash, Mr Pemberton mixed the coca leaf extract with sugar syrup instead of wine.

He also added Kolanut extract as well as caffeine.

To cut the long story short, he came under fire in 1903 for using narcotic to produce the popular drink. It was then that the then manager of Coca Cola bottling company, Asa Griggs Candler removed nearly all the cocaine from the beverage.

The beverage became cocaine free in 1929 when scientists removed all narcotic from coca leaf extract.

While the company denies the presence of Coke (Cocaine) from all its products, it was infact revealed that the company still uses low dose of cocaine in some of its product today.

To back up the report, 816 pounds of Cocaine with street value of 55.6million Euro was found at a Coca Cola factory plant in Marseille, Southern France today.

Investigation is still ongoing to figure out who delivered the narcotic to the plant as Coca Cola officially denied knowledge of it.