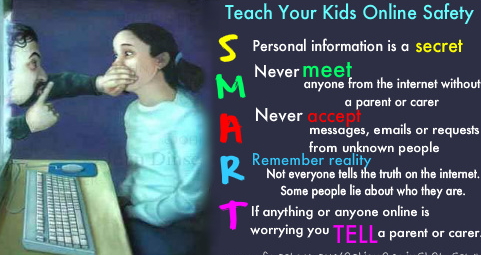 The latest social media crazen taking over 2017 is none other than the “for that d**k/p*ss*” challenge.

This challenge was inspired by New Orleans rapper, GameOva Reedy’s freestyle in April 2017. It became an online sensation took off last week and has been trending non-stop.

The #ForTheD**k or #ForTheP*ss* challenge, depending on your gender/sexual orientation, has been going increasingly viral. You know that’s the case when celebrities of all kinds begin to take a stab at it.

This challenge might seem all cheeky and rosy, but if you’re not careful, you might get into trouble.

Here you find everyone talking about what they can do for the opposite genitals and sacrifices they’ve made for it.

But then, what exactly do we derive from this challenge? How does it add to our lives?

Here are a few reasons you shouldn’t engage in the d**k/p*ss* challenge:

1. It adds nothing to your life

The challenge does not make you better, greater or more knowledgeable. It just gives off the wrong impression and makes you appear indecent.

People begin to see and perceive you in a certain light that might not be societally acceptable.

It does not put food on your table, it does not make you a better person,so why engage in it?

The use of vulgar words in the challenge is highly unacceptable.

Mentioning sensitive parts of the human body in a ribald and jocular manner promotes immorality especially among the youth.

In a way, It could embolden people (especially teenagers) to begin to attempt (sexually) things they have never done just because it was mentioned in the d**k/p***y challenge.

3. It could Implicate you

Imagine a scenario where you apply for a job and you’re asked for your social media IDs.

The company digs into your Instagram or Facebook account, only to have their already primed buds turned sour by your sultry, explicit and overwhelmingly grotesque demonstration of bestial tendencies all in the name of an online trend.

The writer do not intend to put on the garb of a seer, but your guess is almost as good as the writer’s – You will not get the Job!

4. It adds nothing to your Résumé

As clichéd as this might sound, the challenge is not something you get to win an award for, or becomes an important condiment in the overall aesthetics of your résumé.

What happened to being different? Must you do what everyone is doing?

Just because everyone is doing the challenge does not mean you should join them…dare to be different.

It is too vulgar and dirty for the masses.

You can’t try that challenge in a formal environment…it’s just gross!

You’ll be shy and embarrassed if a video of yourself trying out the challenge is brought up in a formal environment or in front of your boss.

So, why do you engage in the challenge? It’s unnecessary!

7. It corrupts the minds of the innocent

The challenge just makes things worse for the youths morally.

When our young unsuspecting, innocent and vulnerable ones are exposed to it, they might be pressured into engaging in all sorts of sexually acts, even the ones who have not been defiled begin to see this as a way of life, and try to imitate the rest of the world in this gross misconduct!

8. The challenge marks you off as indecent!

Once people watch videos of you participating in it, they just dismiss you as an unserious person and a freak for the d**k or p***y.

Maybe you lied about the lengths you could go for the d**k or p***y, my brother and sister, it’s really none of our business!!!

For all we care, that is WHO YOU ARE.

Well, The d**k/p***y challenge has not made anyone better…please don’t engage in it!

Continue Reading
You may also like...
Related Topics:challenge, media, social

Monday Inspiration: Never Allow Fear To Force You To Give Up On Your Goal
Canada Based Nigerian Relationship Coach Who Got Pregnant At 19, Married At 20 & Divorced At 23 Speaks